Skolkovo is located in a city that combines ancient history and modern culture. The course offers unobstructed views of the largest capital city in Europe. Skolkovo is every golfer’s dream—even with Moscow’s infamous traffic, golfers can be at the office and fit in 18 holes in the same day. The club is encased by Skolkovo Management School and the Russian “Silicon Valley” – Skolkovo Innovation Center – a government-supported project that launched as soon as the shape and landscape of Skolkovo Golf Club became real and visible.

The goal was to create a course that would help develop the game in Russia from the first three tees, while the back tees could challenge the world’s top golfers. Golfers will feel they are playing a different course at 30-, 25-, 18- and 10-handicap because of the thought that has gone into the layout. The course’s landscape design gives it a unique charm and style. It’s a course that, just like the Kremlin, will stand the test of time.

In a city of 13 million people, it’s a short drive from the centre of Moscow, but after a long drive on the first hole, the hustle and bustle of the Megalopolis is a million miles away. 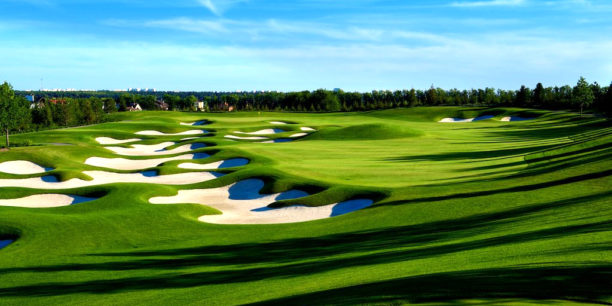