Chile, located at the southern tip of South America, borders the South Pacific Ocean and is nestled between Argentina and Peru. The town of Frutillar sits in the Lake Region of Patagonia and specifically borders Llanquihue Lake, the largest lake in Chile. Sighted by Charles Darwin in 1832 and colonized by German settlers in 1856, Frutillar is known for its historic 19th-century architecture and offers views to six volcanoes: Osorno, Antillanca, Puyehue, Puntiagudo, Tronador and Calbuco, which stand as guardians of what many have considered one of the world’s most breathtaking destinations. It is also the main cultural destination in the country besides the capital, Santiago. The Teatro del Lago (Theater by the Lake), open since 2011, is a spectacular concert hall, considered the best in Latin America, and it hosts great classical concerts, opera and other events year-round. www.frutillar.com

Chile is considered one of the strongest and most stable economies of the emerging countries, characterized by the quality of its institutions, stable democracy, economic freedom and strong financial system, with a population of diverse origins, from countries such as Spain, Germany, England, Italy, France and the Nordic countries.

The golf course site itself is located overlooking the great Llanquihue Lake, 450 feet above its level. The views to the lake, volcanoes and the nearby centennial rain forest are simply marvelous. The first 9 holes, open for play since 2015, are mostly links-style with wide fairways, open views and gentle contours, and some of them were designed surrounding giant native trees, undisturbed witnesses from ancient times, giving the course a unique setting. The other half of the course will heavily interact with the native forest that runs by the west side of the property, most of it with dramatic elevation changes and stunning views. This singular combination on a challenging 7,275-yard championship course will make it one of the best in the world.  At the moment, with 9 holes open for play, Patagonia Virgin is already considered the number one golf course of Chile. The club also has two tennis courts available for members.

Patagonia Virgin Frutillar is the first residential community in the Chilean Patagonia with a variety of construction alternatives, including upscale townhouse apartments with beautiful lake views, and exclusive lots and houses surrounding the golf course. In the future, the community will include two five-star hotels, a village by the lake consisting of high-end retail shops, restaurants, sailing club and marina, along with other amenities like bike paths and a protected native forest for hiking and bird watching. 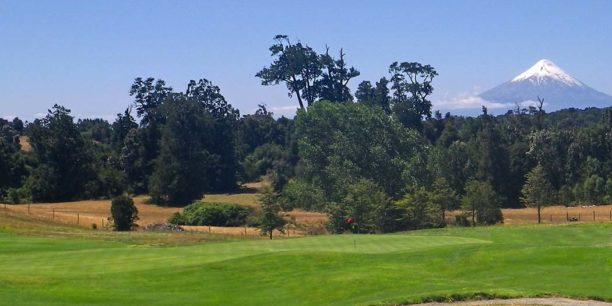 Top100GolfCourses.com names Patagonia Virgin the No. 1 golf course in Chile