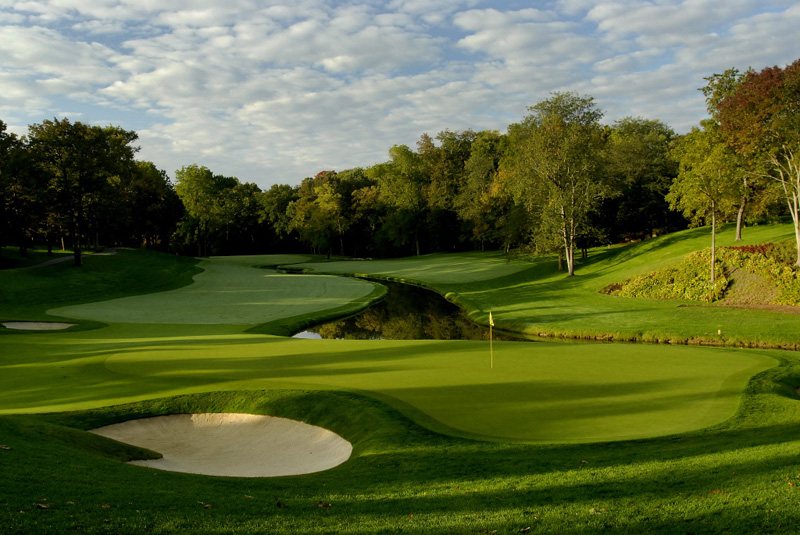 Jack Nicklaus, who first competed in Canada in 1960, was on-hand for the Opening Ceremony of the RBC Canadian Open at Glen Abbey Golf Club, located just outside of Toronto. Glen Abbey, which opened in 1976 and represents the first solo golf course design in the Golden Bear’s storied design career, is playing host to the Canadian Open for the 28th time.

This is the 108th playing of the Canadian Open—the third longest-running tournament in the world behind the British Open and the U.S. Open—and while Nicklaus joked this week that he played in most of them, “except maybe the first couple,” it is the one title that eluded the man considered the greatest champion in golf history. Of the 24 Canadian Opens the Golden Bear competed in, he came in second seven times and finished in the top-five 12 times.

“My wife kept saying to me, ‘I’m sending you back until you get it right.’ She sent me back every year, and I never could quite get it right,” Nicklaus told the crowd gathered Tuesday at Glen Abbey.

Although a Canadian Open title is not part of the Golden Bear’s championship legacy, his Signature Golf Course design at Glen Abbey has been a jewel in Nicklaus’ second career as one of history’s most acclaimed designers. Nicklaus designed Glen Abbey with tournament golf and the gallery in mind, and in 1978—just two years after its unveiling—the layout hosted its first Canadian Open.

“I was first at the site that would become Glen Abbey 45 years ago,” said Nicklaus, who has designed almost 300 courses worldwide. “I visited the property and asked where the developers wanted to start. They said we were going to start where the clubhouse is, so that’s what we did. We came up with the idea to design the golf course like the spokes of a wheel, with an inner, outer, and middle frame to easily see and walk the golf course.”

“I know you’d like to have a Canadian winner,” Nicklaus said. “There are a lot of good players in Canada right now and some that are quite capable of winning.”

Adam Hadwin and Mackenzie Hughes, both PGA TOUR winners this season, are among 13 Canadians in the field.  They join FedExCup leader and World No. 1 Dustin Johnson in a lineup that boasts seven of the top-30 on the latest points list. There are also 22 players in the field who competed in last week’s Open Championship at Royal Birkdale. Included is Matt Kuchar, who finished runner-up to Jordan Spieth after a dramatic Sunday final round. Nicklaus was able to connect with Kuchar on Tuesday morning as the two participated in a Q&A.

“Matt played a phenomenal Open Championship,” Nicklaus said. “Jordan Spieth showed so much determination, grit and skill. Matt Kuchar didn’t lose the British Open; Jordan Spieth won it. Spieth was so good coming down the stretch and he was not to be denied.”

Nicklaus, the winner of a record 18 professional major championships, was presented with a hockey jersey during Tuesday’s ceremonies. Numbered 17 for the year, the Golden Bear joked, “17? I don’t know whether the 17 indicates this year, or somebody miscounted… It may represent the Canadian Open I never won.”

Later that afternoon, Nicklaus wore the jersey and traded in a golf club for a hockey stick, so he could try a slap-shot on the course’s hockey-themed 7th hole, “The Rink.” Delighted fans likened seeing the legend hit a hockey shot on a golf course to the movie character Happy Gilmore, who turned from hockey to golf. One fan chimed in, “Golden Bear is so so cool!!!!” Another said, “Jack would’ve had the hardest slap shot in the NHL!”

Speaking of the fans and Glen Abbey’s original intention to host the Canadian Open, Nicklaus said, “The course has obviously served its purpose pretty well. How long Glen Abbey is going to serve its purpose is another question. However, it’s been a sheer delight for me and a privilege to have been able to serve the Canadian Open and your country with a golf course that you’ve played so many championships on.” 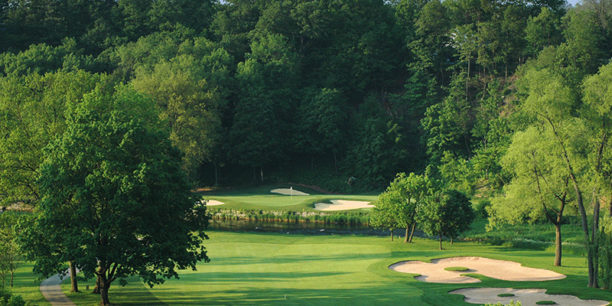