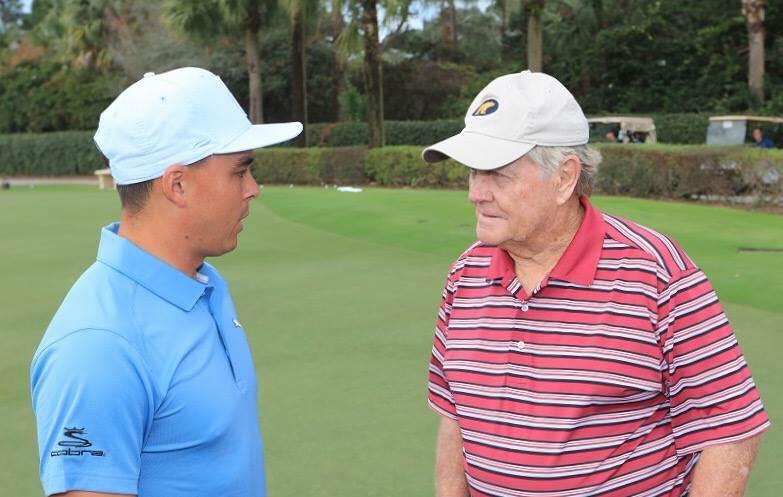 It was a great year for The Honda Classic, played on the Jack Nicklaus-designed Champion Course at PGA National Resort & Spa in Palm Beach Gardens, Fla.—and a great week for 2017 tournament winner Rickie Fowler.

Fowler, a resident of nearby Jupiter, Fla., for almost seven years now, captured the win to crack the top-10 in the Official World Golf Ranking. Fowler went into the course’s famed “Bear Trap” Thursday ranked 14th and emerged Sunday ranked World No. 9 after closing out a 54-hole lead to clench his fourth PGA TOUR victory.

“This one felt good!! Hard work pays off!!,” Fowler declared on Instagram, captioning a triumphant photo in his signature Sunday orange. But it wasn’t an easy round for the Olympian and member of three Ryder Cup USA teams. The Champion Course had played easier than usual throughout the week because of soft conditions and a lack of wind, but Sunday saw a return to traditional Honda Classic conditions. Sunday’s 71.8 scoring average was the highest of the week by more than a shot.

“There’s a lot of tricky shots around this golf course. And if you’re not in the fairway, then good luck,” Fowler said.

The 28-year-old had rounds of 66-66-65-71 to finish with a four-shot lead over Morgan Hoffmann and Gary Woodland. With the win, Fowler took home a $1.1 million share of the $6.4 million purse. This is the earliest in a season that he’s won a PGA TOUR title.

“To be in the position I was after 54 holes here, give myself that cushion, allowed for a tough day today,” Fowler said. “With the wind, there weren’t a whole lot of low scores. I think there were some early on. Some guys made some good moves. But other than that, like I said, I gave myself enough cushion where I could kind of get away [with] a bad nine, which I started with, and then lucky enough, the putter saved me at times and gave me that cushion I needed on 12 and 13, and made a great swing into 16.

“It’s special to be able to pull it off… It wasn’t the prettiest of ways to do it, but this isn’t an easy golf course and this wasn’t an easy day to go play golf on [it]. You just had to fight through it. Mistakes were going to happen. Bad swings were always going to happen. You can’t play a perfect round of golf.”

Course designer Jack Nicklaus, himself a three-time winner of The Honda Classic, was in the booth on Sunday during NBC’s live telecast of the event with Johnny Miller and Dan Hicks. After the round, the Golden Bear offered his congratulations to the popular PGA TOUR star.

“Congratulations, Rickie!,” Nicklaus said. “Barbara—who you call your ‘Jupiter mom’—and I are very happy for you. We all know you’ve got a great future, and it’s nice to see you win again. Winning on a strong golf course and against a good field will only further help you get to the next level. So I’m delighted you were able to do it today—and in your South Florida backyard. You are a wonderful winner and representative of The Honda Classic.”

The tournament had as its primary beneficiary the Nicklaus Children’s Health Care Foundation. After the 2016 event, an unprecedented $1 million grant was given to the Foundation to support its mission to provide families access to world-class pediatric healthcare and support innovative programs focused on the diagnosis, treatment and prevention of childhood illness.

“The Honda Classic has been a huge part of our Foundation’s success and growth,” said Barbara Nicklaus, co-founder and chairman of the Nicklaus Children’s Health Care Foundation. “With the $1 million that The Honda gave us last year, we can now build the Nicklaus Children’s Hospital Pediatric Emergency Room at Jupiter Medical Center and shortly we will be building a free-standing pediatric emergency room. We’re very excited that The Honda Classic has been such a good partner,” she said.

To learn more about The Honda Classic, visit thehondaclassic.com. 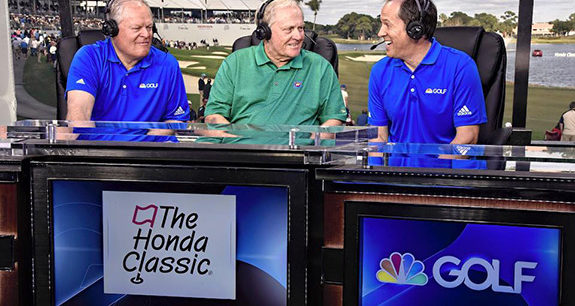