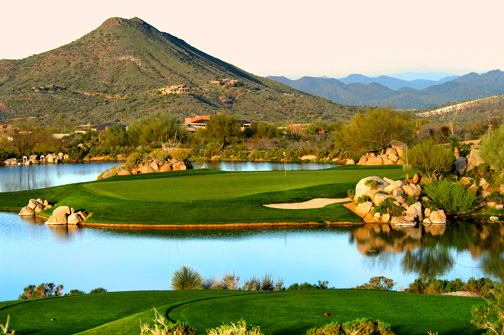 Hole No. 7 on the Cochise Course at Desert Mountain shares a double green with Hole No. 15 and can be approached from two different directions.

The PGA TOUR Champions’ season-ending Charles Schwab Cup Championship tees off Friday on the Cochise Course at Desert Mountain Club in Scottsdale, Ariz., for the third consecutive year and fourth time in the Cup’s history. The tournament, held in the only community worldwide to feature six Jack Nicklaus Signature Golf Courses, is now part of the newly introduced Charles Schwab Cup Playoffs. It airs on Golf Channel Friday through Sunday from 4:00 p.m. to 6:30 p.m. EST.

The Charles Schwab Cup is a season-long, earnings-based competition that launched in 2001 to determine the PGA TOUR Champions’ top player. This week, the top-36 players in the Charles Schwab Cup standings compete for both the tournament and season titles in the finale at Desert Mountain.

The field has steadily narrowed after the first playoff event, the PowerShares QQQ Championship at Sherwood Country Club—another top-billed Jack Nicklaus Signature Golf Course—narrowed the field from 72 to 54. The second playoff, the Dominion Charity Classic at Richmond’s Country Club of Virginia James River Course, whittled the talent to the top-36.

Now, the Charles Schwab Cup’s cream of the crop competes for the tournament and season titles—plus a hefty $1 million bonus. 2015 Charles Schwab Cup winner Bernard Langer has the lead with 2,836,459 points. Scott McCarron is second to Langer by only 935,657 points.

“In my garage, in a little workout room, on a whiteboard, I actually put on there at the start of this year, ‘Three wins and the Charles Schwab Cup.’ ” McCarron explained. “I have two wins, and if I win this week, I’ll have the Charles Schwab Cup. So could that be just destiny or foreshadowing? I don’t know. But this was my goal at the start of the year.”

“I love the fact that we have a playoff system,” he added. “Bernhard Langer has had a phenomenal year. He won four times. He’s got more money than anybody by almost a million bucks. To be able to come in here, you have to play well in the playoffs. I finished sixth in the first one and won the second one, and now I put myself in a very good position coming into this week.”

Course designer Jack Nicklaus weighed in on the layout ahead of this week’s PGA TOUR Champions event—which has previously ranked among Golf Digest’s list of America’s 100 Greatest Golf Courses and Best State-by-State.

“From a tournament standpoint, I think Cochise is the best of our six layouts,” Nicklaus said. “Originally, it was not designed to host a tournament; it was designed as short, sporty, fun golf course.

“When I was designing the courses, I didn’t necessarily have them in mind to host Senior Tour events. A senior event could have been played on any one of them, but no matter what type of tournament, you wanted to be able to bring a gallery. The gallery was the factor—and the gallery was easier to move around on either the Renegade or Cochise courses at Desert Mountain. But then with the ideal location of the clubhouse, Cochise seemed to be the better choice.”

The Cochise Course plays at 6,929 yards. This spectator-friendly and picturesque layout features rock outcroppings surrounding the fairways, and the challenging 7th and 15th holes share a double green that sits on an island and can be approached from two different directions.

Opened in 1988, Cochise also has a storied past. It was the home of The Tradition, a major event on the PGA TOUR Champions, from 1989 to 2001. Nicklaus won the tournament a record four times—en route to his senior record eight major championships—and he famously made two double eagles on the 12th hole.

A full list of the Charles Schwab Cup Championship field is included below. 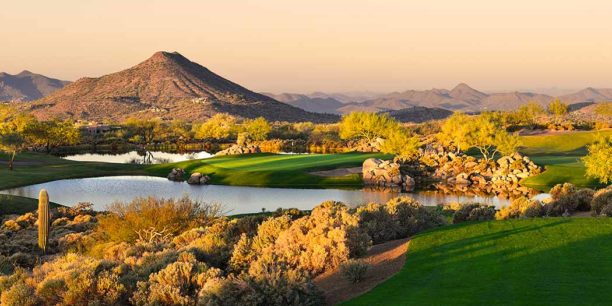 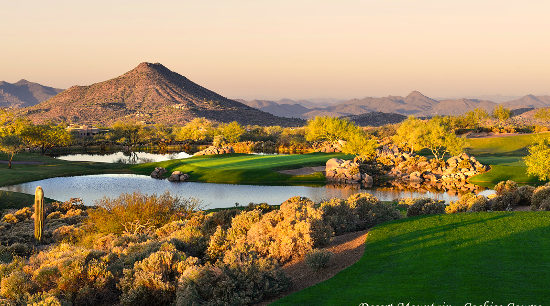