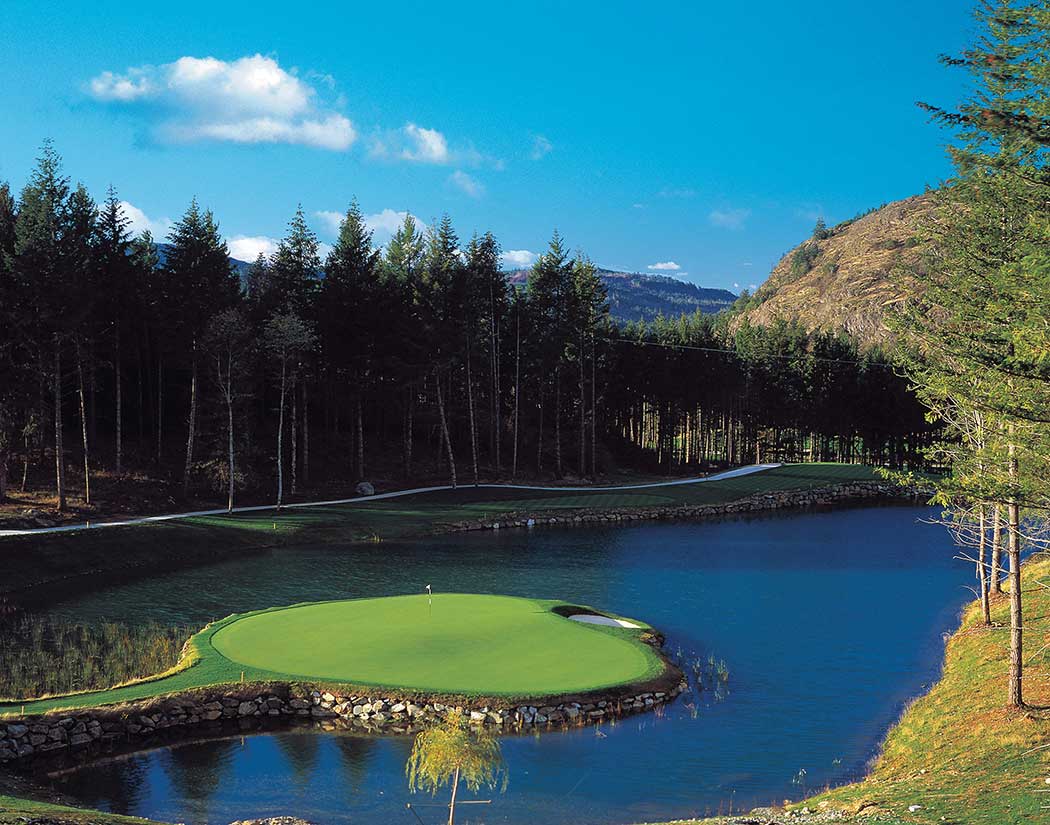 The 2016 Pacific Links Bear Mountain Championship gets underway today in Victoria, B.C., Canada, at Bear Mountain Golf Resort’s Mountain Course, designed by Jack Nicklaus with his son Steve Nicklaus. Bear Mountain is the only venue in Canada featuring 36 holes of Nicklaus Design golf, and this week represents the first PGA TOUR Champions event to be played in the province of British Columbia in more than 30 years.

The inaugural Charles Schwab Cup Playoffs are set to get underway the week of Oct. 24, with the PowerShares QQQ Championship at Jack Nicklaus-designed Sherwood Country Club outside Los Angeles, which makes this week a crucial stop on the 2016 calendar, as one of the final three events in the Tour’s Regular Season. The top 72 players will qualify for the Playoffs.

“Players and fans will find that this is a great backdrop for golf, with gorgeous mountains framing the resort and spectacular vistas from many holes. It made for a terrific canvas on which Steve and I could create a challenging but memorable resort golf experience.”

Competitors will play 54 holes of golf today through Sunday, with no cut. All three competitive rounds will be broadcast live on Golf Channel beginning at 6:00 p.m. ET.

Langer, who currently leads the Charles Schwab Cup standings with $2,432.659 in 2016 earnings, has put forth one of the strongest seasons in Tour history—and at the age of 59. Langer has four wins, including major championship victories at the Regions Tradition and Constellation SENIOR PLAYERS Championship earlier this year.

The two-time Masters Tournament winner owns 29 career titles on PGA TOUR Champions, which puts him tied for second on the all-time victories list with Lee Trevino, trailing only Hale Irwin, who has 45 career wins.

Singh won 34 times during a stellar career on the PGA TOUR, including major championship titles at the 1998 and 2004 PGA Championships, as well as the 2000 Masters Tournament.

The 53-year-old Fiji native ranks 14th on the PGA TOUR’s all-time victories list. Singh was inducted into the World Golf Hall of Fame in 2005.

Montgomerie, 53, has notched three victories on PGA TOUR Champions, including the 2014 and 2015 Senior PGA Championship presented by KitchenAid, as well as the 2014 U.S. Senior Open—all of which are senior majors.

The Scotland native won the European Tour’s Order of Merit a record eight times during a standout career which gave way to Hall of Fame honors in 2013. Montgomerie drew the frustration of American golf fans through the years, posting a 20-7-1 record in the biennial Ryder Cup, and without ever losing a singles match.

The Charles Schwab Cup standings during the Regular Season are based on earnings, making the US$375,000 winner’s share this week an attractive target for players looking to win the prestigious season-long race. Only three events in the Tour’s 26-tournament schedule have larger purses than the $2.5 million offered this week, with those three being major championships.

Located on southern Vancouver Island—a region known for its year-round golf climate, stellar fishing opportunities and strong local food movement—Bear Mountain Golf Resort and Spa offers two outstanding courses, the Mountain and the Valley (a Nicklaus Design layout). The Mountain Course, where this week’s PGA TOUR Champions event will be played, features an impressive landscape and dramatic terrain that lead to breathtaking 180-degree views of nearby Victoria, the Pacific Ocean and the Olympic Mountains of Washington State. The course, a par 71 playing at 6,925 yards, sets atop a 1,100-foot mountain and has been assigned a slope rating of 142 from the back tees.