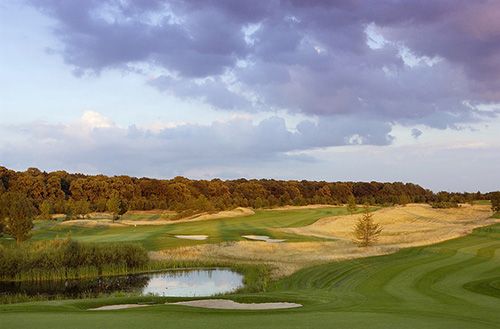 Since winning the Masters in April, 2016 champion Danny Willett has kept a low profile, making only four total starts on the PGA and European Tours. The opportunity to see the quick-rising up-and-comer continues this week with the BMW International Open at Golf Club Gut Lärchenhof, a Jack Nicklaus Signature Golf Course in Cologne, Germany—where Willett earned his breakthrough title in 2012.

“I am really looking forward to the BMW International Open and returning to Cologne,” said Willett. “I will never forget my win in 2012. That first title will always be very special. It is nice to return to a course where you have enjoyed success in the past. The BMW International Open is a tournament with a positive atmosphere, which is something you really enjoy as a player.”

The field—which has had 24 different winners in its last 27 editions—also features two-time winners Thomas Bjorn and Pablo Larrazabal and eight additional BMW International Open winners. Major champions Paul Lawrie and YE Yang are in the field, as are 13 Ryder Cup players and 13 winners from the 2016 Race to Dubai.

And if history is to repeat itself again this week, fans can expect a lot of competition. The last three European Tour events to be played at Golf Club Gut Lärchenhof have all been decided by play-offs. In the 2009 German Masters, James Kingston defeated Anders Hanson. In the 2012 BMW International Open, Willett edged out Marcus Fraser, and in 2014, Fabrizio Zanotti beat Grégory Havret, Rafa Cabrera Bello and Henrik Stenson. The BMW International Open was also the background of the first five-man play-off in European Tour history in 1992.

The degree of difficulty at Golf Club Gut Lärchenhof was planned so that the final parts of both the front nine and the back nine feature the most challenging holes—ensuring an exciting finish. Each fairway was individually modeled and all drive zones were designed so they are visible from the tee. The hilly green landscape demands a precise short game.

World No. 12 Sergio Garcia shared his thoughts on the layout and the competition after finishing T5 Sunday at the U.S. Open.

“Obviously this week is a different test from Oakmont–there are more options here and you can be more aggressive, but at the end of the day it doesn’t really matter how tough the golf course is because you need to hit good shots and make putts to win anywhere.

“The rough is heavy but I am sure we are going to have to make a few more birdies here than we did at Oakmont if we are to do anything this week but that’s okay – it’s good to have different challenges,” Garcia said.

Golf Club Gut Lärchenhof will be playing host to the BMW International Open for the third time. Previously the venue for the German Masters for 11 consecutive years from 1998-2009, the course opened for play in 1996 and to this day is the only one of Nicklaus Design’s 400 golf courses worldwide to be located in Germany.

The golf course was designed by Jack Nicklaus and despite its central location it seems like an oasis of quietude. Alongside of a vast forested area the 18 holes were…