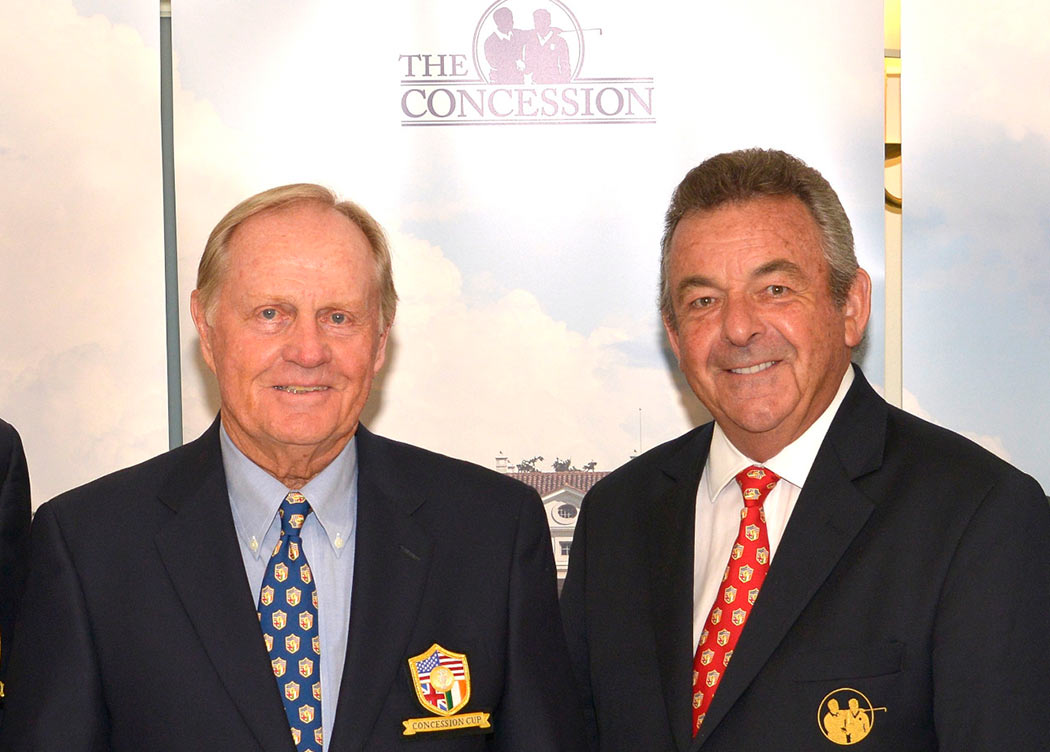 Bradenton, FL – The Amateur Golf Alliance (AGA) and Concession Cup proudly announced today that record-holding 18-time major champion Jack Nicklaus and Tony Jacklin, the most successful and celebrated British player of his generation, will reprise their roles and serve as honorary captains for the second installment of the biennial amateur team match-play competition.

The 2016 Concession Cup is April 19–23 at The Concession Golf Club in Bradenton, Florida, the award-winning course and club that was inspired by one of sports’ most-heralded acts of sportsmanship. Known throughout history as “The Concession,” it was at the 1969 Ryder Cup when Nicklaus conceded a 2-foot putt to Jacklin in the final singles match that led to the first tie in the history of the matches. The Concession Cup was created to celebrate this iconic moment.

As part of Nicklaus’ and Jacklin’s roles as Honorary Captains, the World Golf Hall of Fame members will be featured guests at the event’s Opening Celebration on Tuesday, April 19. The Concession Cup Opening Celebration will be a special night for all in attendance, giving attendees the opportunity to recognize the Concession Cup and be part of a platform to raise funds for charity.

The Concession Cup was created to celebrate amateur golf through the staging of a goodwill match-play competition. The event was also created to provide financial benefit to various worthy charities within the Bradenton/Tampa/St. Petersburg area. The inaugural event in 2014 generated over $176,000 for four very deserving organizations: Orphan’s Heart Foundation, The First Tee of Tampa Bay, The First Tee of Sarasota/Manatee and Nicklaus Children’s Heath Care Foundation.

“I’m delighted to be a part of the second playing of the Concession Cup,” Nicklaus said. “The inaugural event was a tremendous success and I’m very pleased to once again join my good friend Tony Jacklin as an Honorary Captain. The inaugural event in 2014 helped shine a spotlight on amateur golf, which I’ve held a deep appreciation and respect for throughout my career, and raise funds for deserving charities. On behalf of my wife, Barbara, we also want to extend our heartfelt appreciation to the Concession Cup for including the Nicklaus Children’s Health Care Foundation in the fundraising efforts of the first playing of this very special event.”

“I’ve been eagerly anticipating the return of the Concession Cup since the final putt dropped in 2014,” Jacklin said. “What a wonderful event! The spirit of the 1969 Ryder Cup Matches truly permeated the grounds of The Concession Golf Club during the inaugural event as the U.S. Team captured the Sir Michael Bonallack and William Campbell Trophy. I’m honored for the chance to again serve as the Honorary Captain for the Great Britain & Northern Ireland [GB&I] team and look forward to welcoming the players, sponsors and fans to the Club this April.”

“This is a great event for the community to support and attend,” Azinger said. “The Tuesday evening Opening Celebration with Jack and Tony attending and the Wednesday Am/Am tournament are perfect ways to attend a special event and give back to the community. And for charities to be involved and benefiting from the event’s success makes it even more special. Not to mention the competition…

“I know a number of these guys and there are some tremendous players—all of whom have incredible amateur records. Many have played in major championships and participated on Walker Cup teams. It is a special privilege to serve as honorary chairman and I’m thrilled to be given the opportunity to support the event and the Club.”

The Concession, a Jack Nicklaus Signature Golf Course designed in association with Tony Jacklin, is a nationally ranked course and club, with ownership and a membership that has a history of celebrating competitive golf in its purest form. The Concession Cup is an extension of that passion.

“We’re thrilled to have the support of Jack, Tony, Paul and Gary for this year’s Concession Cup,” said Bruce Cassidy Jr., principal of The Concession Golf Club. “What a tremendous statement of strength it is to have these gentlemen agree to once again champion our tournament. Their participation increased the profile of what was a tremendously successful inaugural event, and I’m confident it will have the same effect this year as we celebrate the spirit of amateur golf, April 19-23 at The Concession.”

The Concession Cup will deliver a world-class experience for its participants, sponsors, volunteers, attendees and members of The Concession Golf Club while showcasing top amateur golfers from the U.S. and GB&I in the true spirit, character and competitiveness of amateur golf, all for the benefit of charity.

The U.S. Team won the inaugural Concession Cup title in 2014, capturing the Sir Michael Bonallack and William Campbell Trophy 21½ to 14½ over the GB&I Team.

The evening of Tuesday, April 19th, will be a special night for all in attendance. The Opening Celebration will feature a number of special guests from the world of golf. In addition, team members from both the U.S. and GB&I will be recognized through a team presentation. The evening will be available for sponsors and supporters to attend and perhaps most important will benefit worthy charities.

The Concession Cup Am/Am will provide an opportunity for sponsor representatives and individual supporters the chance to play the tournament course with the competitors from both the U.S. and GB&I teams.

The third and final day of competition will feature 18 singles matches. The singles competition is comprised of one player from each team in match play competition. Immediately following play the closing ceremonies will be held at The Concession Golf Club.

About The Concession Golf Club

The Concession Golf Club was founded to commemorate the extraordinary gesture of sportsmanship that Jack Nicklaus made at the 1969 Ryder Cup at Royal Birkdale when he conceded a 2-foot putt to Britain’s Tony Jacklin to halve their match, which resulted in the first-ever tie in the history of the matches. The moment became known as “the concession.”

The course is a Jack Nicklaus Signature Golf Course designed in association with Tony Jacklin, and opened in 2006. In June 2015, The Concession Golf Club hosted both the NCAA Division I Men’s and Women’s Golf Championships.

About the Amateur Golf Alliance

The newly formed Amateur Golf Alliance was established to conduct the Concession Cup Matches, as well as other events, in an effort to promote the Amateur game at the highest level of competition. The alliance will confer with the U.S. captain in the selection of Concession Cup Captain’s picks. The Alliance board consists of Bob Ford, Nathan Smith, Barry Van Gerbig, Jerry Tarde, Jack Vardaman, Bruce Cassidy Jr., Vinny Giles, Bill Argabrite, Rob Addington, Andrew Biggadike, Jim Nugent and Alan Fadel.

HNS Sports Group is a Dublin, Ohio-based LLC founded in 2000. The company offers over 125-plus years of collective experience and is committed to providing professional, efficient and effective client representation in the categories of sponsorship consultation, event management, hospitality management, sales representation and tournament operation within the golf market. To learn more about HNS Sports Group, visit www.hnssports.com. 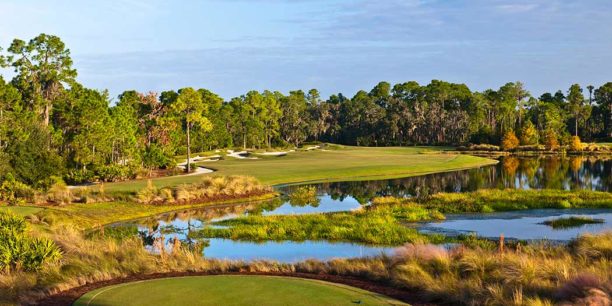