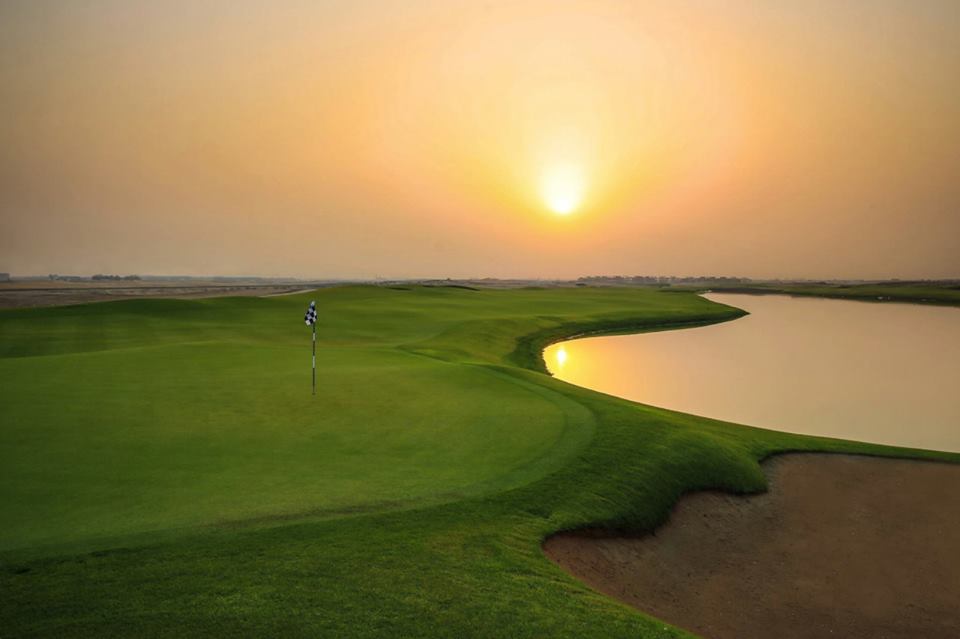 Golfers from around the world descended on Ajman and the stunning Al Zorah Golf Club earlier this month for the official opening of the Middle East’s newest championship golf course, the first Nicklaus Design layout in the United Arab Emirates, and the first course ever in the Emirate of Ajman.

Exactly two years to the day since construction started on the first course in the UAE to open in over six years, the breathtaking par-72 layout created by Nicklaus Design Senior Design Associate Dirk Bouts was officially opened by His Highness Sheikh Humaid bin Rashid Al Nuaimi, Ruler of Ajman, the Emirate located near Dubai. Golfers, high-profile government officials and other VIPs participated in a special opening event, and became the first to play the Troon Golf-managed course, located just 25 minutes from Dubai International Airport.

“It has always been a goal for Nicklaus Design to grow the game of golf by introducing it throughout the world,” said Jack Nicklaus II, President of Nicklaus Design. “We are able to continue that commitment with the opening of Al Zorah.

“Ajman represents a new chapter in the Nicklaus Design portfolio, with its first-ever golf course in the United Arab Emirates.

“As President of Nicklaus Design, it has always been a privilege to work alongside my father,” Nicklaus II added. “He has inspired me in so many ways-as a course designer, a role model, and, like him, a father of five. It is interesting that Jack Nicklaus not only takes enormous pride in his children, and pours his heart and soul into his family, but he looks at our golf courses around the world as extensions of his family. I am excited that Al Zorah has joined that Nicklaus Design family and become a part of the growing Nicklaus legacy. My role and mission at Nicklaus Design is to help carry on that heritage, and going forward, Al Zorah will provide the very foundation for golf’s legacy in Ajman and the United Arab Emirates. As the first golf course in Ajman and our first in the UAE, we are proud to be a part of this landmark day and we are thankful to the hardworking people who played an important role in bringing this project to life.”

Al Zorah Golf Club-set amongst a naturally-preserved environment of native sandy areas, lakes and some one million square meters of mangroves-opened its doors in style after months of high-profile media previews. Incorporating 10 par 4s, four par 5s and four par 3s, the course has already exposed golfers to the unique tidal system that changes the proposition of several holes depending on whether they’re played in the morning or afternoon. The course also features two magnificent lakes, including one that plays a prominent part in the standout par-3, 15th hole.

“Over the last two years, a tremendous amount of hard work has gone into ensuring Al Zorah Golf Club is the stunning layout that it is today,” said Philip Henderson, General Manager for Al Zorah Golf Club. “We’d like to thank Troon Golf for its exceptional management support throughout, as well as Nicklaus Design for the incredible job they’ve done in creating a world-class course layout, whilst maintaining the natural environment. Solidere International has also been instrumental in the ongoing development of properties at Al Zorah.

“During the construction phase we had more than 300 people working on the course and all have played a part in making Al Zorah Golf Club completely pristine and ready for action. Along with the native sandy areas, we used 300,000 cubic meters of sand, while there is also over 1.5 kilometers of boardwalks to cope with the incoming tides, so that gives an idea of the scale of work undertaken to open the course.”

Meanwhile, Bruce Glasco, Chief Operating Officer, Managing Director, Troon International Division, commented: “We’re delighted to have played a part in the world-class proposition at Al Zorah Golf Club, and the final product is even better than originally expected. Now the course is open for business, we look forward to providing the level of service that this incredible venue deserves and hope it continues to help earn plaudits of golfers from all corners of the globe.”

In addition to the fascinating golf course, those attending the opening event at Al Zorah Golf Club were welcomed by The Pavilion, an inviting clubhouse which will be replaced by an even more impressive clubhouse in 2017. By the end of next year, golfers will be able to use the first of four marinas planned, as well as the five-star Oberoi Al Zorah Beach Resort.

Imad Dana, CEO, Al Zorah Development Company, said, “The Government of Ajman’s support to Al Zorah has been crucial to the progress of the project and we are truly grateful for it. The spectacular golf course will add a sense of serenity for Al Zorah’s residents and visitors. H.H. Sheikh Humaid Bin Rashid Al Nuaimi’s visit emphasizes the importance of this destination, which will eventually transform Ajman into a lifestyle and business destination for those who seek the finest in life.”

Significantly, the Al Zorah Golf Club site has been designated a Free Hold Zone by the Government of Ajman, meaning the land is not only legal to build on, but also to live on, too. Constructed in conjunction with real estate developer and property manager Solidere International, there are several Al Zorah Golf Villas as part of an initial development, offering a more relaxed way of living amongst natural landscapes and wildlife.

Al Zorah is an 18-hole Nicklaus Design golf course and 9-hole academy located in the Al Zorah project in the Emirate of Ajman, UAE. 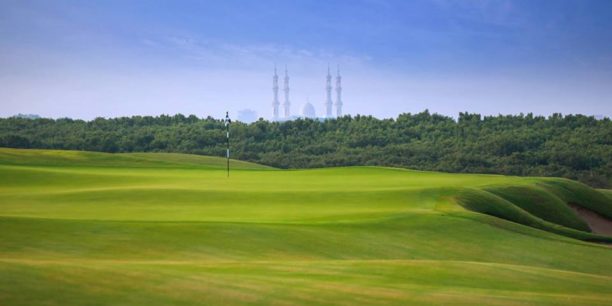 Al Zorah is Golf Inc. Development of the Year finalist