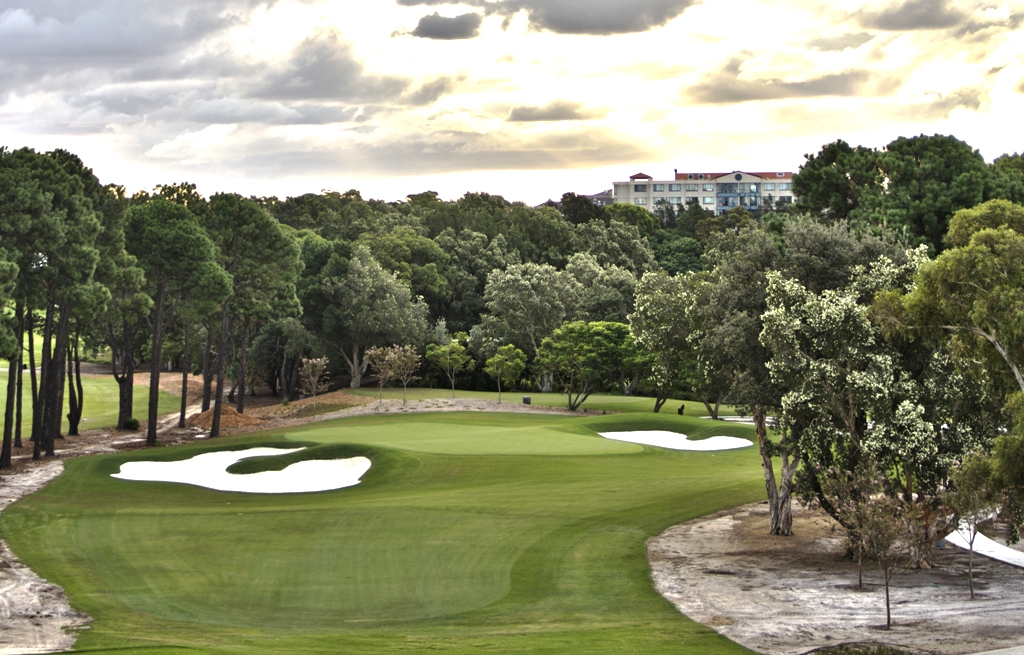 World No. 1 Jordan Spieth, the 2015 Jack Nicklaus Award winner as the PGA Tour Player of the Year, returns to Roseberry, New South Wales, to defend his title after a banner season that included wins in the Masters Tournament and the U.S. Open, along with the Valspar Championship, John Deere Classic, and the TOUR Championship. Spieth has credited his six-shot win at last year’s Australian Open, including a course-record 63 in the final round, as the impetus to his phenomenal 2015 season.

“When Jordan shot a really good round of 63 and won the event by six shots, it showed that the golf course would stand up against the best players in the world, but also would yield to good golf,” said Jack Nicklaus, a six-time winner of the Australian Open who first redesigned The Australian Golf Club in 1977. “That’s what it takes to be a good golf course. I’m happy with that.”

The Golden Bear was first brought in to redesign The Australian by long-time friend Kerry Packer—an Australian media magnate who was involved in sponsoring the Open. Nicklaus had played in one or two Australian Opens before meeting Packer and being asked to provide design help when the championship returned to The Australian Golf Club in the 1970s.

When the Golden Bear returned to The Australian in 2012 to renovate the course and provide some design tweaks, he was greeted by a membership that surprisingly wanted to sharpen the layout’s teeth.

“It was the only membership I’ve ever gone to that said they wanted to make the golf course more difficult,” Nicklaus said, laughing. “I said, ‘You really don’t mean that, do you?’ And they said, ‘Oh yes we do!’

Today’s course is the good stern test Packer always had in mind.

“I don’t think playing The Australian is different than any other golf course,” Nicklaus added. “It takes good mental preparation. There are a lot of holes on the golf course that are not driver holes under certain conditions. There are some holes that you really need to bust it off the tee. I think it’s a golf course where you have to be very mindful of where the trouble is and how to play around it. It’s a thinker’s golf course, and it’s got the length of a modern golf course.”

Stars such as Adam Scott, Marc Leishman, and Steven Bowditch—all members of the International team in last month’s Presidents Cup—are among more than 80 Australians in this week’s field. They are joined by recent Australian Open winners Spieth, Greg Chalmers, Peter Senior, and Geoff Ogilvy. Other international notables playing this week are England’s Lee Westwood and Irishman Darren Clarke, the European team captain for the 2016 Ryder Cup.

“These major championship courses normally throw up 10 to 12 under and that’s pretty much based on the players,” said Tournament Director Trevor Herden. “The players just seem to get it done. They putt and, if you have a look at these putting surfaces, they’ll hole putts from everywhere this week — I guarantee you that.

“This golf course will really test their play. That’s the beauty about Australia: You come down and play on really good courses in challenging conditions.”

Please note: Course is currently under renovation. Royal Melbourne was formed in 1893 and The Australian in 1882. Other clubs were formed in these early years but are now defunct.…

The Australian Golf Club and this week’s Australian Open embody the Golden Bear’s love of the country, the course and competition