The Presidents Cup is making history this week with its first-ever playing in Asia, and once again, four-time Presidents Cup captain Jack Nicklaus (1998, 2003, ‘05, ‘07) will be in the spotlight—this time as golf course designer of Jack Nicklaus Golf Club Korea, this week’s host course in Songdo International Business District (IBD).

“I think The Presidents Cup has grown tremendously,” Nicklaus said. “It is still a young event, and I have been like a proud parent, watching it grow to the stature it enjoys. If you look at the growth of the event over a relatively short period of time—the countries reached, the amount of viewers globally, the charities that have benefitted—it is fantastic.”

The two 12-man teams have been set—with eight countries represented on the international side, including five Asia players and the first from India and Thailand—and now the focus shifts to the acclaimed Jack Nicklaus Golf Club Korea and the state-of-the-art city of Songdo IBD. They are expecting 100,000 new visitors, a $60 million economic impact, a projected broadcast audience of close to one billion homes in 226 countries and territories, and the telecast shown in 32 different languages.

Team USA is 8-1 in the biennial series—having lost to Team International in 1998 (20.5–11.5) and a tie in 2003. Captain Jay Haas leads Team USA with captain’s assistants Fred Couples, Davis Love III, Steve Stricker, and Jim Furyk, who was the fifth qualifier on the FedEx Cup points list when teams were selected but withdrew from the field because of a wrist injury. He was replaced by J.B. Holmes.

The International Team is captained by Nick Price, with Korean legend K.J. Choi as vice captain, and captain’s assistants Tony Johnstone and Mark McNulty. The team is led by Australian and World No. 2 Jason Day, who set records and scorched the 2015 PGA Championship field on the way to winning his first major. Day is also the winner of this year’s Farmers Insurance Open, RBC Canadian Championship, The Barclays, and the BMW Championship.

“When you look at the makeup of both teams, it reflects the goals of The Presidents Cup, and that is to bring together the best golfers in the world and to showcase the global nature of our sport,” Nicklaus said.

“Both teams have an exciting mix of veterans and young players. And while the Americans seem very strong with 10 of the world’s top-20 players, the International team is led by Jason Day, who is one of the hottest players in the game right now. Then you have Louis Oosthuizen, who has had a wonderful year, especially in the majors, and Adam Scott, who is not only a former Masters Tournament champion but has played in the last six Presidents Cup matches. The fans at Jack Nicklaus Golf Club Korea and the global viewing audience should be in for a memorable match. I know I am looking forward to being there.”

Jack Nicklaus Golf Club Korea opened for play in 2010 but has already hosted a Champions Tour event (which was the first full-field PGA Tour event in Asia), the Shinhan Donghae Open, the Chosunlibo-Posco Championship and the Korea Women’s Open.

The urban layout offers views of modern high-rise buildings along with the peaceful natural scenery of the west coast. It is situated close to the West Sea with gentle sea breezes and features bentgrass, links-style fairways and challenging green complexes. From the first tee shot to the final putt on the 18th hole, Jack Nicklaus Golf Club Korea will test the skills of the players, and their patience and accuracy as golfers will be rewarded. 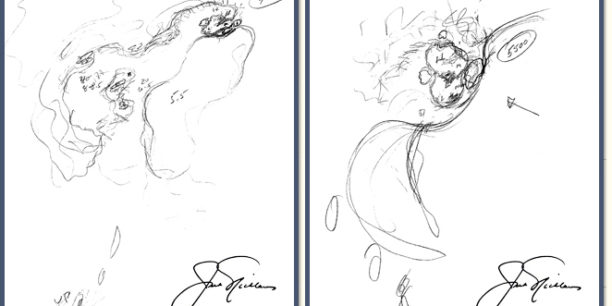