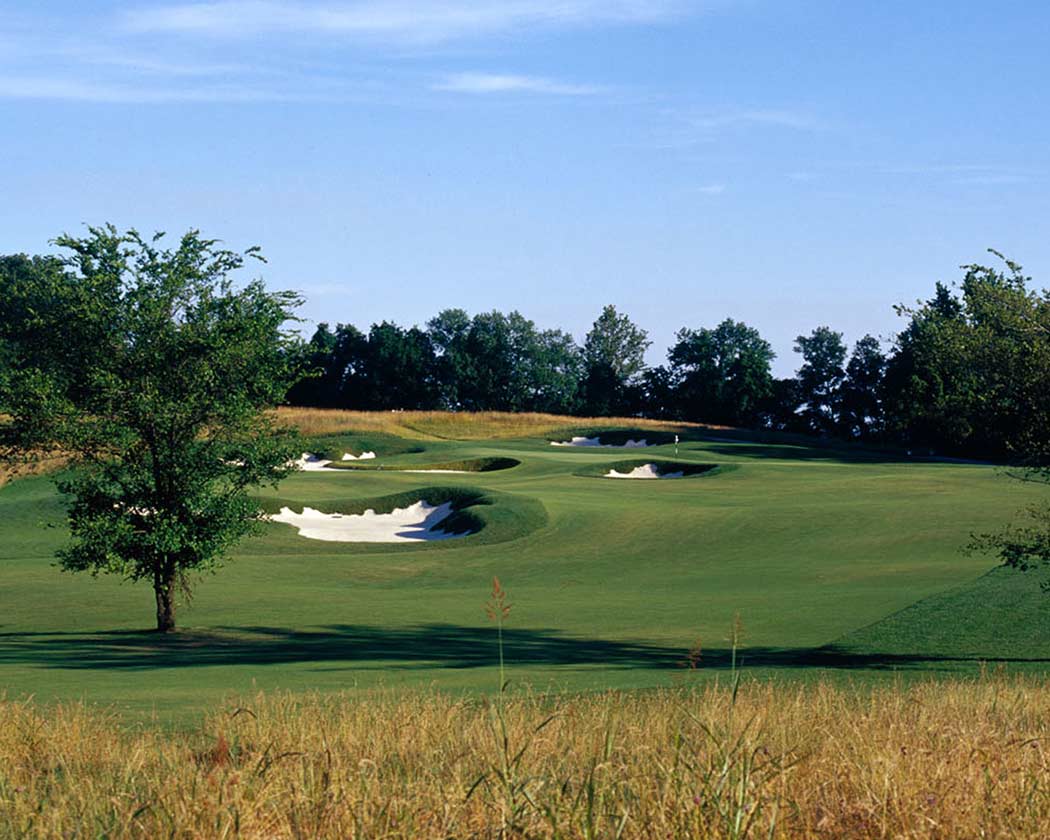 Nicklaus Design’s award-winning layout at Dalhousie Golf Club, located about two hours south of St. Louis in Cape Girardeau, Mo., is the host site of this week’s USGA Women’s State Team Championship, which brings together some of the top female amateur golfers from across the country. The championship, which is scheduled Sept. 10–12, is the first USGA competition to ever be held at Dalhousie Golf Club.

The course at Dalhousie Golf Club, which opened in 2002, was designed by Nicklaus Design with Gary Nicklaus as the lead designer. The year after opening, Golf Digest named it to their list of the Best New Private Courses in America. The magazine then ranked it as the No. 1 course in the state of Missouri for a number of years. The course occupies land originally settled in 1798 by Scottish immigrant Rebecca Ramsey, sister of the Earl of Dalhousie.

The USGA Men’s and Women’s State Team Championships grew out of the celebration of the USGA’s centennial in 1995 and have since been held biennially. Starting in 2010, the Men’s State Team has been conducted in even-numbered years and the Women’s State Team in odd-numbered years. There are 50 three-player teams in this week’s field, representing 49 states and the District of Columbia (Vermont and Puerto Rico did not enter teams). The women in the field have been selected for their teams by their respective states.

Competitors will play 54 holes of stroke play and the two members of each team who score the lowest for the three days will have their scores tallied, with higher of the three scores thrown out. After the first day, there will be a cut, and the field will be narrowed.

“Is it a U.S. Open? No,” said Ellen Port of Team Missouri. ”But to us, it is like a U.S. Open. The women that I know that have won these team championships, they stand up at player centers and are announced [as a champion] every year for the rest of their lives. It is a big deal.”

The field ranges in age from 13-year-old Jennifer Koga of Honolulu, HI, to Katie Falk, 69, of Milwaukee, Wis. Though there is no age limit for the championship, golfers currently on a college team are ineligible to compete, per NCAA rules. There are 40 players in their teens, and the average age of competitors is 34 years old.

The tournament is the 19th USGA championship to be conducted in the state of Missouri, dating back to the 1921 U.S. Amateur. Dalhousie has distinguished itself as an inviting site, with its par-72 layout challenging players and the club having established itself as a cordial and highly worthy host. The club has hosted dozens of significant tournaments, including 10 Missouri Golf Association championships.

Bill Morrow, the general manager of golf operations at Dalhousie, said the club was approached by the USGA about hosting the biennial tournament, one of 14 tournaments put on by the national golf organization.

“They pick the best facilities,” Morrow said. “Recently we were ranked No. 135 in the United States by Golfweek. We were ranked ahead of Bellerive [a country club in St. Louis, which has hosted several national championships]. It was a pretty big ranking for us.”

“First, it’s great for Cape to get all this recognition and get three ladies from every state coming to Cape, that’s good,” Morrow said. “It’s good for the economy, and secondly, it’s good for Dalhousie. It gets the word out how great a golf course it is. It’s good advertising for us. It’s just good for everybody.”

“Hopefully, we get another event after this one if we do a great job with it,” Morrow said.