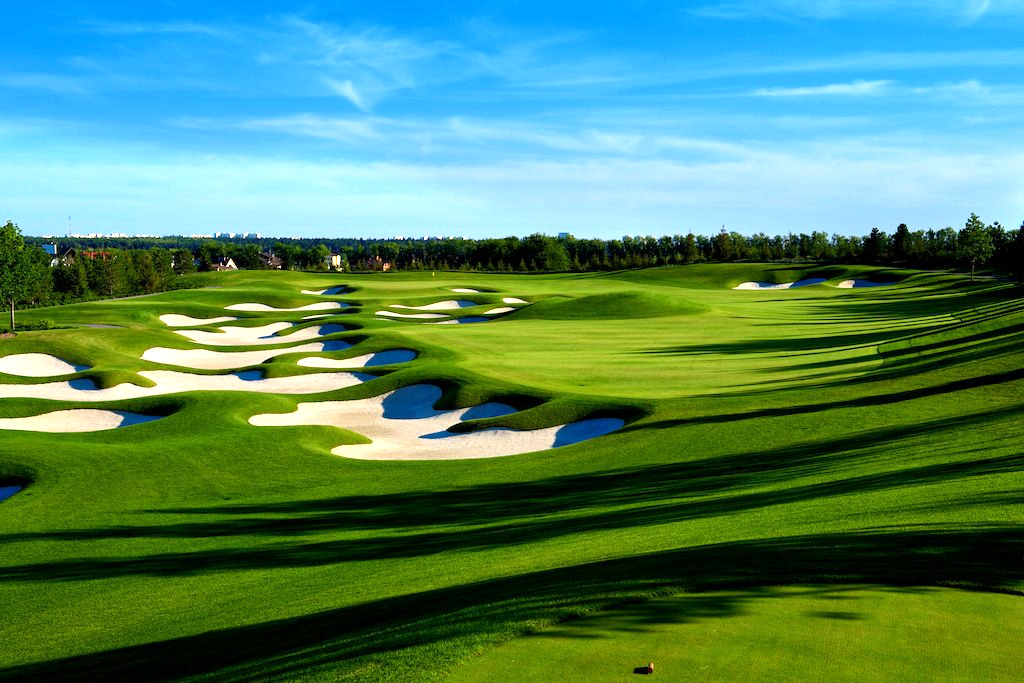 The M2M Russian Open—one of the most anticipated events of the Russian golf season—this week makes its way to Moscow’s Skolkovo Golf Club for the first time, introducing the newly opened Jack Nicklaus Signature Golf Course to golfers from all over the world, tournament spectators, and Russian television viewers.

Fans have the unique opportunity to watch 144 of the best European professionals play on a world-class Russian course designed by the Golden Bear. Founded in 1996, the European Tour event was first played on a Jack Nicklaus-designed golf course—Tseleevo, located north of Moscow—in 2010 before making its way to Skolkovo this year.

“We were proud when the M2M Russian Open was played at our first golf course design in Russia,” Jack Nicklaus said, “and now we are pleased and honored that the event has moved to Skolkovo, just one year after its opening in the heart of Moscow.”

Skolkovo Golf Club’s close proximity to Moscow gives players a chance to explore the Russian capital. The club’s location also makes it easier for spectators to come and enjoy the tournament and show their support for Russian golf stars and players from all over the world. The course’s six lakes and 113 bunkers will be a fair but challenging test for the players, as they compete for a share of the tournament’s €1million purse.

“Skolkovo is a beautiful golf course playing across a wonderful piece of property,” Nicklaus said. “The course is in great condition and it’s going to be a very special venue for the players to compete on this week. I know everyone is looking forward to seeing how the Skolkovo golf course plays under tournament conditions.”

Skolkovo Golf Club board member Marat Bogatyrev echoed Nicklaus’ excitement: “We are interested in the development of the game and thanks to our location near Moscow, we expect a large number of spectators to be able to watch the best European Tour players. Jack Nicklaus has designed a ‘signature’ course here and holding such a high-profile tournament here will become testament of our efforts of turning Skolkovo into one of the best golf courses in Europe.”

Tournament organizers anticipate an increase in the size of this week’s galleries, with anywhere from 6,000 to 8,000 spectators expected.

“On behalf of all the teams who collaborated on Skolkovo, we are proud of what we have accomplished there and for the contributions we hope we are making to the growth of the game of golf in Russia,” Nicklaus added. “We know the M2M Russian Open being at Skolkovo will be a tremendous way to celebrate this new course and the City of Moscow.”

The Russian Open tournament joined the European Tour in 2003. It was contested at Nicklaus Design’s first golf course in Russia, Tseleevo, three times between 2010 and 2014. Past winners of the event include Alejandro Canizares, Gary Emerson, Marcus Fraser, Michael Hoey, David Horsey, Per-Ulrik Johansson, and Mikael Lundberg. The tournament had to be cancelled in 2009 because of the economic crisis and from 2009 to 2012, it fought its way back to the top as part of the Challenge Tour.