Tickets for the 2015 benefit concert and race entries for the inaugural FORE! Miler remain available 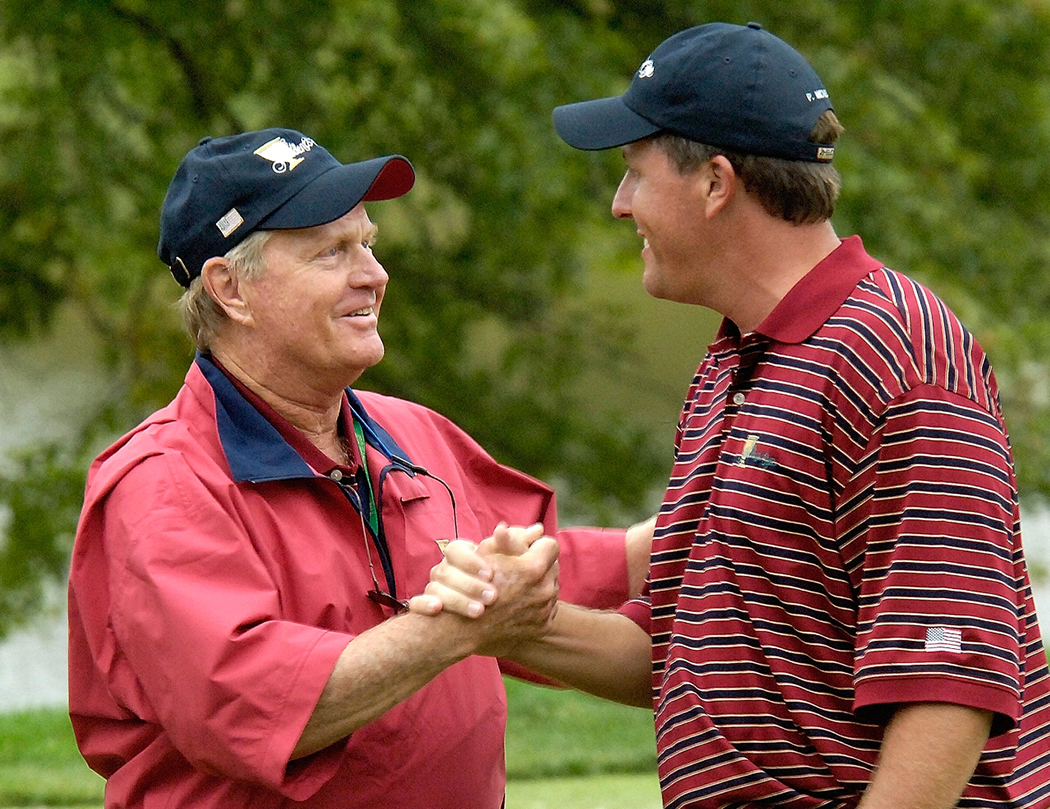 Mickelson, 44, will be making his 14th start at this year’s Memorial. His first appearance came in 1991 as an amateur where he finished tied for 66th place. In his last nine starts at the Memorial, dating to 1999, Mickelson has finished in the top-20 six times. He withdrew due to injuries in 2007 and 2012 and finished T-49 last year with rounds of 72-20-72-73. His Memorial Tournament scoring average is 71.53, with his best finish a T-4 outing in 2006. The World Golf Hall of Fame member and five-time major champion has career earnings in the Memorial of $847,151.33. Through 10 starts in the 2014-2015 season the Rancho Santa Fe, California resident has recorded four top-20 finishes, including a runner-up effort at The Masters Tournament, his tenth career second-place finish at a major. Mickelson is currently ranked No. 17 in the Official World Golf Ranking, 47th in FedExCup standings and No. 2 in career earnings on the PGA TOUR with $76,797,539.

Fowler, 26, has been a fan favorite on the PGA TOUR since turning professional in 2009. In that time period, he has garnered $17,960,879 in career TOUR earnings, played on two Ryder Cup teams (2010 and 2014) and posted two PGA TOUR victories, the first in 2012 at the Wells Fargo Championship and then his second this month at THE PLAYERS Championship after emerging from a three-man playoff. In 2014, Fowler finished inside the top-5 in all four major championships, tying for second at the U.S. Open and Open Championships. A resident of Jupiter, Florida, Fowler has recorded three top-10 finishes this season and is ranked No. 9 in the world and No. 13 in FedExCup points. This year will mark Fowler’s sixth Memorial Tournament start. He posted his best Memorial finish in his first appearance in 2010 with a runner-up effort to Justin Rose. His career Tournament earnings total $745,464 and his scoring average is 71.50. He missed his first cut at Muirfield Village Golf Club last year with rounds of 75-70.

The reigning FedExCup champion, Horschel will be making his third-career start at this year’s Memorial Tournament. His best outing at Muirfield Village Golf Club came last year when he tied for 15th, raising his Tournament earnings to $122,856.44 and taking his scoring average to 71.63. Horschel closed out his 2013-14 season in style. He started his FedExCup playoff run with a T2 finish at the Deutsche Bank Championship and then won his second and third career PGA TOUR titles in back to back weeks at the BWM Championship and the TOUR Championship by Coca-Cola in route to the FedExCup trophy. The 28-year-old Ponte Vedra Beach, Florida resident currently sits at No. 19 in the Official World Golf Ranking and No. 52 in FedExCup points. Through 17 starts in the 2014-15 season, Horschel has posted three top-20 finishes and raised his career TOUR earnings to $10,361,773.

Day has made a habit of excelling on golf’s biggest stages. Since 2010, he has posted seven top-10 finishes in major championships, with three runner-up outings at the 2011 Masters Tournament and 2011 and 2013 U.S. Open Championships. The 27-year-old Australian native, now living in Columbus, Ohio, has played in 10 events during the 2014-2015 season, recording four top-10s, including his third-career PGA TOUR victory at the Farmers Insurance Open. A two-time member of the International squad for The Presidents Cup, Day currently ranks No. 7 in the world and No. 11 in FedExCup points with career TOUR earnings of $20,018,443. Day will be making his seventh start at the Memorial this June 1 – 7. His best finish at Muirfield Village Golf Club came in 2009 when he tied for 27th. After a T37 outing last year, Day’s Tournament earnings stand at $117,151.44 and his scoring average is 72.75.

The 2015 benefit concert, IGS Energy Evening with Big Head Todd and The Monsters and G. Love & Special Sauce presented by City of Dublin, is set to take place Friday, May 22, at The LC – Lifestyle Communities Pavilion Outdoor Amphitheater in Columbus. The annual charity event, now entering its ninth year, has raised more than $660,000 for the Nicklaus Children’s Health Care Foundation and Nationwide Children’s Hospital alliance in support of the Memorial Tournament Neonatal Intensive Care Unit (NICU) at Nationwide Children’s Hospital.

Anders Osborne will open for Big Head Todd and The Monsters and G. Love & Special Sauce, with VIP doors opening at 6 p.m. EDT. Tickets are available at $175 per person or $350 per couple. For more information, please visit www.mtbenefitconcert.com or call (614) 355-5400.

The inaugural FORE! Miler presented by OhioHealth, a 4-mile road race, will kick off the 40th playing of the Memorial beginning at 6:30 p.m. (gates open at 5:00 p.m.) on Thursday, May 28. The race, open to walkers and runners alike, will follow a route that starts and ends at Muirfield Village Golf Club and includes Memorial Drive, Avery Road, Brand Road, Muirfield Drive and Kinross Court. After the race, participants will enjoy a free Post-Race Party at the Golden Bear Club, an enclosed, climate-controlled venue located between the fairway at Hole No. 10 and the green at No. 14 at Muirfield Village Golf Club. The FORE! Miler is limited to the first 3,000 runners and walkers.

Race fees are $50 per person. All proceeds from the FORE! Miler benefit Nationwide Children’s Hospital. Participants will receive an Official FORE! Miler-themed Technical Race Shirt, an Official FORE! Miler-themed Finisher’s Medal, one complimentary Practice Round ticket ($35 value) to the Memorial Tournament for Wednesday, June 3, which includes access to the Official Pro-Am and Memorial Honoree Ceremony, and a complimentary adult beverage at the Post-Race Party.

To purchase weekly badges to the 40th playing of the Memorial Tournament presented by Nationwide, the public can call the Tournament Ticket Office 9 a.m. to 5 p.m. weekdays at 877-MT BADGE (877-682-2343) or visit http://www.memorialbadges.com. Weekly Patron badges, which are valid Monday through Sunday and provide access to the Tournament grounds, are available for $173 each. Youth 16 and under can attend for free with a ticketed adult, and kids 18 and under are admitted free on Wednesday, June 3, 2015, for Junior Golf Day. Daily practice round tickets for Monday, Tuesday and Wednesday are also available. The cost is $35 and they are valid for all three practice-round days

2015 the Memorial Tournament presented by Nationwide Schedule of Events

*All times subject to change

About The Memorial Tournament presented by Nationwide

The Memorial Tournament presented by Nationwide is held annually at Muirfield Village Golf Club in Dublin, Ohio, a suburb of Columbus. The Tournament, founded and hosted by Jack Nicklaus, is conducted each year with three goals in mind: to honor the memory of individuals living and deceased who have distinguished themselves in the game of golf; to showcase the world’s best golfers competing on one of the most challenging venues in the world for the enjoyment of spectators; and to benefit many Greater Columbus Charities in alliance with the Nicklaus Children’s Healthcare Foundation, Nationwide Children’s Hospital and numerous other local organizations. For more information, visit www.thememorialtournament.com or call 614-889-6700.