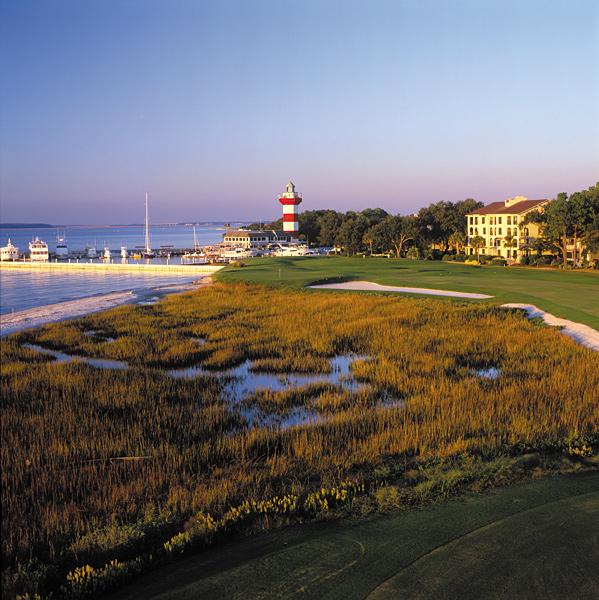 A 47-year tradition returns to the Palmetto State this week for the RBC Heritage at Harbour Town Golf Links, the first golf course ever to feature the design work of Jack Nicklaus. The Golden Bear collaborated with Pete Dye on the iconic design, which opened in 1969, just in time for the first staging of the PGA Tour’s longest-running event.

Harbour Town became the genesis to one of the game’s great course design careers, as Nicklaus has now been involved in the design of 295 golf courses and his firm, Nicklaus Design, has courses represented in 40 countries.

Spieth, who tied the Masters scoring record with his 18-under finish last week at Augusta National, will be grouped with seven-time Tour winner Matt Kuchar, who will be looking to defend his title at Harbour Town. Last year, Kuchar, the 2013 Memorial Tournament winner, holed out for birdie from a greenside bunker to beat Luke Donald by one stroke.

“I heard the crowd go crazy. Then I went crazy,” Kuchar said. He recorded the 15th come-from-behind victory in tournament history and the 12th of the 2013-14 season. He is one of 12 past winners in the field this week.

The field showcases 26 of the top-50 players in the FedEx Cup standings, with young talents competing including the 21-year-old Spieth, FedEx Cup champion Billy Horschel, and Patrick Reed, who in January became just the fifth player since 1991 to win four times before the age of 25. He will also be grouped with Spieth, who makes his third start at Harbour Town. The Masters champion finished inside the top 15 the last two seasons, and is just the third player since 1940 to win three times before reaching his 22nd birthday.

Spieth, who last week went wire-to-wire at Augusta National, is the first Masters winner to play the Heritage since Zach Johnson in 2007. Johnson finished sixth.

“[Tuesday] my energy level was maybe a two [on a scale of one to 10],” Spieth said Wednesday. “Today I’m back up to about a six. I should be at a nine tomorrow.”

This week’s host, Graeme McDowell, is hoping to become just the 10th multiple winner of the event. “It’s great to come back to the golf course,” said the popular Northern Irishman. “I feel like I’ve got some good vibes, good memories. The golf course is set up tough as always. The tougher, the better for me typically, golf course-wise, and that’s why Harbour Town is in my schedule every year.”

Harbour Town Golf Links is recognized as one of America’s top courses, and is repeatedly selected by PGA Tour professionals as one of their favorites. It was named one of the Top 20 Courses in the Country by Golf Digest and Golf Weekly, ranked No. 14 among America’s 100 Greatest Courses You Can Play by Golf Digest, and No. 39 in the Best 75 Golf Resorts in North America.

The tournament’s winners are some of the most distinguished players in golf history, including Jack Nicklaus, Arnold Palmer, Bernhard Langer, Johnny Miller, Greg Norman, Nick Price, Tom Watson, Davis Love III and the late Payne Stewart. As mentioned, Nicklaus won the event in 1975, when his 66-63 start set the 36-hole scoring record and his six-shot edge after two days tied the mark for the largest lead. The Golden Bear went on to shoot 74-68 on the weekend to post a 13-under-par 271 and three-shot victory over Tom Weiskopf.

“Harbour Town Golf Links is one of the great venues in golf,” Els said. “The vibe here at Hilton Head is wonderfully relaxed and the golf course, which all of us players love so much, is a proper shot-maker’s layout.

“You really need to work your golf ball to negotiate the narrow, tree-lined fairways and your short game always gets a good workout on the small, subtly contoured greens. My record here – seven top-10s from 15 starts – is strong so I always come in with a good degree of optimism. I’m excited about my chances.”

Harbour Town Golf Links is located at the Sea Pines Resort, which occupies 5,000 acres on the southernmost tip of Hilton Head Island. It offers accommodations, recreation, and sports amenities, and features a newly redesigned clubhouse.

A full field list for this week’s event is below: 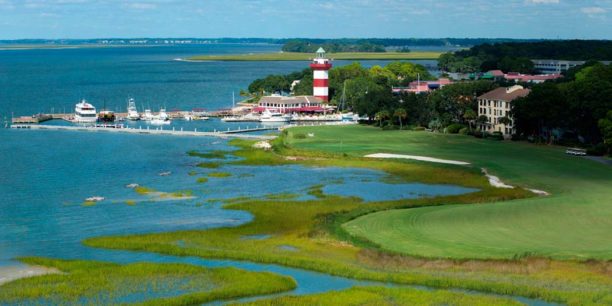