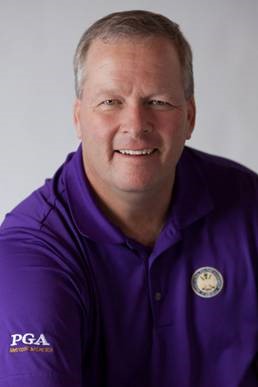 “It is an honor and privilege to be appointed to the position as Director of Golf at Trump Golf Links at Ferry Point,” Worthington said. “I’ve seen firsthand the positive impact The Trump Organization has had on the game of golf, and with Mr. Trump’s support I look forward to working with the City of New York to make sure the golf experience here is both exceptional and memorable.”

One of Worthington’s main priorities is to introduce the golf experience to new players with a special focus on youth and women. Worthington was a member of the PGA of America National Diversity Committee from 2009–2010, encouraging diversity in golf and increasing opportunities for women.

Worthington was a major contributor in organizing The First Tee Program in Bridgeport, Connecticut, and strongly supported Suzy Whaley’s successful campaign to become Secretary of the PGA of America. Whaley became the first woman since Babe Zaharias (1945) to qualify for a PGA Tour event, earning a spot to play in the 2003 Greater Hartford Open.

Worthington played for the University of Houston and was teammates of 1992 Masters champion Fred Couples and top CBS golf announcer Jim Nantz.

Golfers can reserve tee times online at www.trumpferrypoint.com, by calling 718-414-1555, or emailing . The much-anticipated official first day of play is scheduled for Wednesday, April 1, weather permitting, for this championship-caliber course designed by golf icon and globally renowned designer Jack Nicklaus, who was named by Golf Magazine as the 2014 Architect of the Year.

Trump Golf Links at Ferry Point is part of a city-funded redevelopment project. The 18-hole links-style Jack Nicklaus Signature Golf Course, designed in consultation with Sanford Design, will be operated by the Trump Golf team and will be a part of the global golf portfolio of native New Yorker and avid golfer Donald Trump. The course is designed specifically to take advantage of spectacular views of the Manhattan skyline, East River, and the Whitestone and Throgs Neck bridges. Trump Links at Ferry Point will be the city’s 14th public course and first course built since 1964, when Robert Moses oversaw the opening of the Robert Trent Jones Marine Park Golf Course in Brooklyn.

Trump, who has been recognized as “golf’s greatest builder today” by Golf Digest, currently has 18 championship courses in his portfolio, including Trump National Doral Miami’s world-renowned Blue Monster, home to the WGC-Cadillac Championship and Golf Magazine’s selection for Best Renovation of 2014. 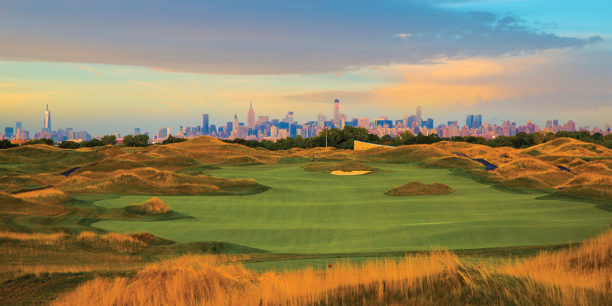