The Champions Tour’s ACE Group Classic tees off today at the Talon Course at TwinEagles in Naples, Florida—a layout designed by Jack Nicklaus and son Jack Nicklaus II, and regarded as one of the top residential courses in Southwest Florida. The ACE Group Classic will be televised on Golf Channel today from 12:30 p.m. to 2:30 p.m. EST, Saturday from 3:00 p.m. to 5:30 p.m. EST, and Sunday from 3:00 p.m. to 5:00 p.m. EST.

TwinEagles is playing host to the event for the ninth time since the tournament’s inception in 1988. Since opening for play in 1999, the Talon Course has also hosted the 1999 Father/Son Challenge, and the 2012 CME Group Titleholders on the LPGA Tour. The ACE Group Classic is one of 27 professional tournaments or significant amateur championships scheduled to be held on Nicklaus Design golf courses in 2015.

This year, TwinEagles was ranked in LINKS Magazine’s Real Estate Issue as one of 40 “Best for Golf” communities. In 2014, the layout was recognized in Golfweek’s list of the Best Residential Courses, and the Talon’s 18th hole was included in Naples Daily News’ roundup of the Collier County Dream 18. The picturesque but challenging Talon Course weaves through 1,100 acres of pristine preserves and lakes. With its great attention to environmental details, the course has also been awarded top honors in its category from the Council for Sustainable Florida, which recognizes efforts to protect and restore Florida’s natural resources.

“The field is pretty solid; there’s a good mix of the legends of the game, as well as some of the rising stars of the Champions Tour like Kenny [Perry], Tom [Pernice Jr.] and Rocco [Mediate],” said Tournament Director Gail Graham. “Every week there’s great golf and competition with these guys, so it’s really shaping up to be a great week for the fans.”

The ACE Group Classic has raised more than $3 million for charity and its primary beneficiary is The First Tee of Naples/Collier. For more information about the tournament, visit theacegroupclassic.com. A full field list is below: 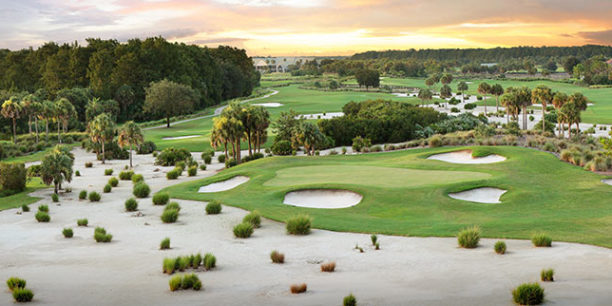 The ACE Group Classic returns this week to TwinEagles in Naples, FL