Cartagena, Colombia – (October 8, 2014) The TPC Network announces the expansion of its international portfolio with the October 10, 2014, grand opening of TPC Cartagena at Karibana, Colombia’s premier international standard resort and real estate development, and the second licensed TPC property in Latin America. TPC Cartagena at Karibana fortifies the PGA Tour’s presence in the region, following the opening of TPC Cancun in Mexico, the Web.com Tour’s season launch with the first four tournaments in Latin America, and the launch of PGA Tour Latinoamérica in 2012. TPC Cartagena at Karibana will be host to The Karibana Championship, a new Web.com Tour event, beginning in 2015, featuring a 144-player field and a purse of $700,000 USD. The event will be played March 2–8 as part of the Tour’s early-season launch in Latin America.

“The PGA Tour is delighted to have our first South American TPC located in such an iconic destination city and magnificent golf course development,” said Charlie Zink, PGA Tour Co-Chief Operating Officer. “We look forward to hosting a new Web.com Tour tournament in Cartagena beginning in early 2015, and creating TPC memories for our members and guests.”

From its stunning views of the Caribbean Sea and immaculate condition to the subtle intricacies of this Nicklaus Design layout, TPC Cartagena at Karibana’s championship golf course provides members and guests with a challenging test of ability, complemented by a memorably scenic experience. The front nine is surrounded by a lush natural forest and features six man-made lakes, while the back nine offers dramatic ocean vistas.

In addition to its championship design and beautiful surroundings, TPC Cartagena offers a number of amenities for its members and guests, including an upscale clubhouse and expansive golf practice facility; the Karibana Beach Club, featuring three exclusive thematic beaches, a full-service bar, pool, sundeck and the property’s Maroma Restaurant; a tennis facility; a variety of water sports; and ecological tours. Karibana also will be home to a five-star, 270-room hotel managed by Conrad, the luxury brand of Hilton Worldwide. Scheduled to open in June 2016, the hotel will include a 1,000-person convention center, meeting rooms, restaurants, a pool, a world-class spa and a rooftop bar. Guests will have access to TPC Cartagena at Karibana while staying at the hotel.

About the TPC Network

Licensed by the PGA TOUR, the TPC Network is comprised of 33 premier private, resort, and daily-fee golf properties designed by some of golf’s most elite architects. Eighteen of the clubs are operated by affiliates of PGA TOUR Golf Course Properties, Inc. Each TPC has hosted or has been designed to host TOUR-sponsored golf tournaments. Since TPC Sawgrass first opened its world renowned PLAYERS Stadium Course in the fall of 1980, TPCs have provided the PGA TOUR with rent-free venues for tournaments, helping to boost championship golf purses and increasing charitable donations to grassroots nonprofit organizations. At the same time, TPCs have provided recreational golfers with the unique opportunity to test their skills on the same layouts where the world’s best golfers compete.
TPCs are known for their outstanding conditioning and amenities, as well as a commitment to environmental excellence. The TPC Network is also distinguished by its unwavering commitment to further the PGA TOUR’s “Together, anything’s possible” giving-back mission through support of charitable and community-based programs. For more information, please visit www.tpc.com. For the most up-to-date news, follow the TPC Network on Twitter (@PlayTPC), Instagram (@PlayTPC) or Facebook.com/TPCNetwork.

About the Web.com Tour

Founded (1990), owned and operated by the PGA TOUR, the Web.Com Tour continues to identify those players who are ready to compete and win on golf’s biggest stage. In an historic 2013 season, the Web.com Tour became The Path to the PGA TOUR with all 50 available PGA TOUR cards coming through the Web.com Tour and the season culminating at the four-event Web.com Tour Finals. Web.com became the Tour’s umbrella sponsor on June 27, 2012. A 10-year agreement (through 2021) is in place. The Tour enters its 25th year of competition in 2014. Three out of four PGA TOUR members are Web.com Tour alumni. Tour alumni have won nearly 400 PGA TOUR titles, including 19 majors and five PLAYERS Championships. The PGA TOUR, through the efforts of its tours and their tournaments, sponsors, players, and volunteers, surpassed $2 billion in charitable giving in January 2014. To learn more about the PGA TOUR and Web.com Tour and to follow the season-long quest for a PGA TOUR card, visit PGATOUR.COM, Twitter, Facebook and Instagram (@PlayTPC)
.

TPC Cartagena at Karibana, located in Cartagena, Colombia, is a Nicklaus Design golf course. All 18 holes of the golf course officially opened for play in December 2012. 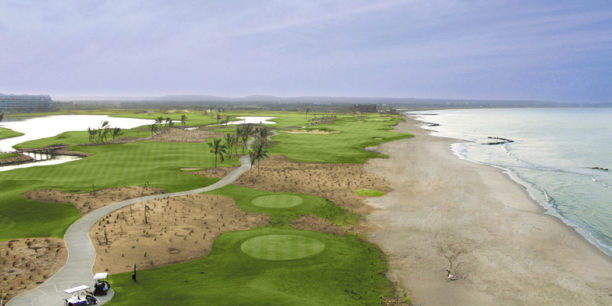 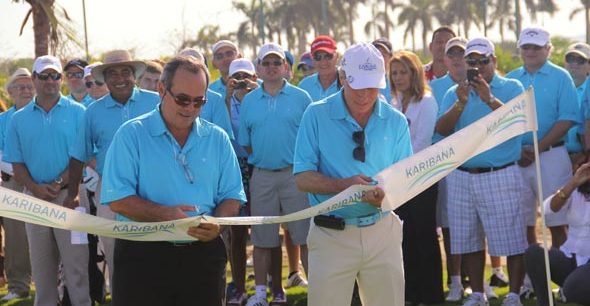