The State Four-Ball Championship is the first TGA major tournament of 2015, and the second prestigious TGA event the Traditions Club has hosted in as many years. This past July, Traditions Club was the site of the Men’s Mid-Amateur Match Play Championship.

“We’re very excited to bring the state’s best mid-amateurs and seniors to a wonderful facility like the Traditions Club,” says Rob Addington, Executive Director for the Texas Golf Association. “We’ve had the opportunity to assist in the administration of Texas A&M’s college events, so we know the golf course will be a great test and an enjoyable experience for the players.”

The State Four-Ball Championship is 54 holes of Four-Ball stroke play with three divisions (Championship, Senior, Super Senior). Each division with play from separate tees/yardages, and a separate champion will be awarded in each division. The field will be cut to low 40 teams and ties after 36 holes.

“Hosting the Texas Golf Association’s first major of the 2015 season is a testament to the pedigree of this club and golf course, and we’d like to thank the Texas Golf Association,” says Bill Horton, General Manager at Traditions Club. “The feedback we received from both players and officials at the Men’s Mid-Amateur Match Play was extremely positive, and we will have the course ready to challenge the state’s best amateur golfers.”

The 7,146-yard Traditions Club layout is the home course of the Texas A&M golf teams, and has hosted numerous marquee tournaments including the 2011 NCAA Division I Women’s Golf Championships. The layout navigates thick stands of hardwoods while traversing rolling terrain unique to the Brazos Valley. Golf Digest lists Traditions Club among the top 30 courses in Texas, while the Dallas Morning News ranks the course 56th.

For more information on the 2015 State Four-Ball Championship, visit www.txga.org.

Traditions Club is a private golf and residential community in “Aggieland” and home to the Texas A&M men’s and women’s golf teams. Located in Bryan-College Station, the club rests in the shadow of the university and in the heart of The Research Valley’s “One Health Plus Biocorridor.”

Just steps away from the Traditions Club clubhouse sit overnight and extended-stay accommodations in the casitas and cottages. Inspired by the 2006 Southern Living Idea House, the casitas offer peaceful views of the golf course and are equipped with stainless steel appliances, indoor and outdoor fireplaces, washer/dryer, cable television and WiFi. The cottages include three or four bedrooms, a spacious common living area, fully equipped gourmet kitchen, and multiple outdoor patios with a grilling area. Guests can enjoy golf for $125 per player, as well as access to the grille and pool. 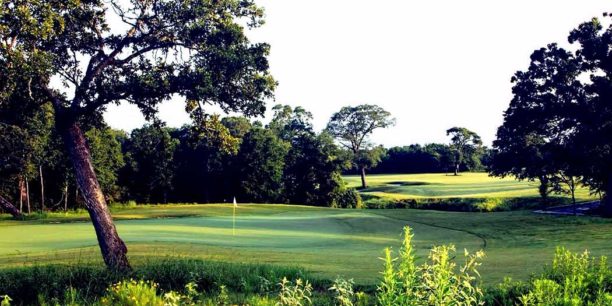