The Volvo World Match Play Championship will be held this fall at the Nicklaus Design course at London Golf Club, organizers from IMG and sponsor Volvo announced this month, ending much speculation.

The tournament returns to the London area on the 50th anniversary of the Mark McCormack-inspired event. Graeme McDowell, the defending champion, and Henrik Stenson, winner of the FedEx Cup and Race to Dubai titles, already have qualified and confirmed their participation.

“We are very excited to host the prestigious Volvo World Match Play Championship this October,” Charles Fairweather, Chairman of the London Golf Club said, “We are looking forward to working with Volvo, IMG and the European Tour to deliver what we hope will be the best Volvo World Match Play Championship to date and I have no doubt that the players will find the International Course at the Club ideally suited to match-play golf.”

The International is undoubtedly one of the finest downland courses in Europe. Fast, undulating fairways allow players to chase the ball into position. The course is punctuated with exciting risk and reward tee shots over water. The course has hosted both Regional Open Qualifying and European Tour Qualifying School, providing a tough test for the most talented of golfers.

Wentworth Golf Club was the event’s spiritual home until 2009. Volvo then took the event to Spain for four years before opting for Bulgaria last year.

Per Ericsson, President of Volvo Event Management, said, “We are looking forward to returning this great championship to England, where we staged our last PGA Championship in 2004. The UK is an important market for Volvo and, after looking at many possible venues, we found the London Golf Club to be ideally placed to both host this world-class field and our most valued customers. I am grateful to our partners IMG and the European Tour for their on-going support and also to the London Golf Club for agreeing to host the Championship.”

The purse is set at $3.38 million, with $880,000 going to the champion and $67,600 to those eliminated early. One of the biggest changes this year is a reduction in the field, from 24 players to 16. Those 16 will be divided into four groups of four, with each player competing against group members in a round-robin format. The top two players from each group advance to the quarterfinals.

Aside from defending champion McDowell and Race to Dubai winner Stenson, the other 12 players must qualify. The qualification places include winners of the four major championships, and the leading three players on the Official World Golf Ranking after the Open Championship (July 17-20).

George O’Grady CBE, Chief Executive of The European Tour, said, “Already a tournament with a great tradition on The European Tour, we look forward to the Volvo World Match Play Championship adding a new chapter to its rich history in this, its 50th year, when it is played for the first time at The London Golf Club. The International Course will provide a fitting match play test for the world’s best, and we are delighted that another venue from our European Tour Destinations portfolio is now featured on the 2014 schedule. We thank our partners Volvo and IMG for their continued support and everyone at the London Golf Club for their hard work and commitment to this year’s Championship.” 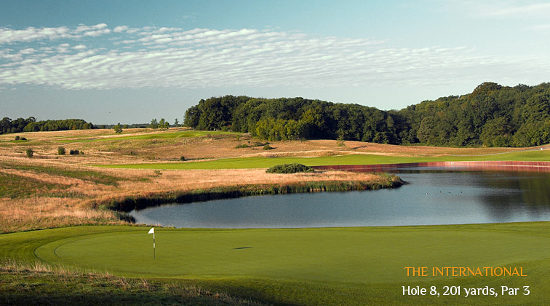