The Reserve at Lake Keowee in Keowee, South Carolina, which has as its centerpiece a Jack Nicklaus Signature Golf Course, welcomed 69 new club members from 20 states and the Caribbean as a result of sales and construction activity in 2013. Sales increased 50 percent, with more construction and development planned in 2014.

In addition, The Reserve posted a record year in new home construction. Fifty-one home plans were submitted to the community’s Architecture Review Committee, and 40 homes broke ground. Twenty-four new construction homes were finished in 2013, which brought the total number of completed homes in The Reserve to 232.

“We could not be more excited to welcome more families to The Reserve this past year,” said Rutledge Livingston, the community’s Director of Sales. “The Reserve continues to offer a high-quality lake living experience that is very appealing to buyers across the U.S. and internationally. With the addition of several neighborhoods, and The Reserve’s proximity to incredible centers of commerce and culture like Greenville and Atlanta, we are hopeful that The Reserve will continue to grow based on what we plan to bring to market in 2014.”

Other notable 2013 achievements for The Reserve includes the addition of its award-winning Jack Nicklaus Signature Golf Course to the BMW Charity Pro-Am presented by SYNNEX host rotation and receiving The Greenville News’ Best of the Upstate 2013 Best Community Award. The Reserve at Lake Keowee Charitable Foundation also raised $31,000 during its 5th Annual Charitable Foundation Golf Classic in October and donated a total of $50,000 to local charities in December.

In 2013, the private practice range for the Signature Course had the distinction of being named to the Top 50 Private Practice Ranges in the country by Golf Range Association of America. In 2012, the community was named Best Lake Community of the Year in the 2012 Bliss Awards conducted by Real Estate Scorecard. From 2006 to 2009, the community was named to Travel + Leisure’s list of America’s Top 100 Golf Communities.

The Reserve at Lake Keowee

At the Reserve at Lake Keowee, Nicklaus is working from a magnificent canvas spanning lush, rolling foothills to the sparkling lakeside. The setting is a private 3,200-acre golf and recreation…

More News from The Reserve at Lake Keowee 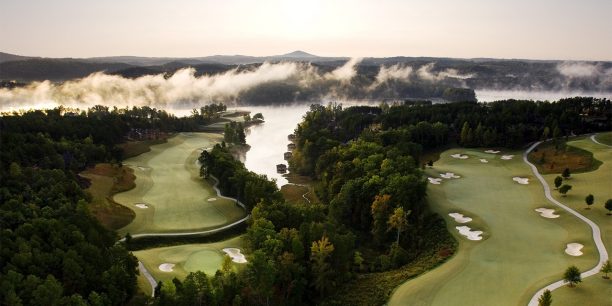 The Reserve at Lake Keowee Announces Charitable Giving Record of $150,000 to Local Charities

The Reserve at Lake Keowee Certified as an Audubon Cooperative Sanctuary