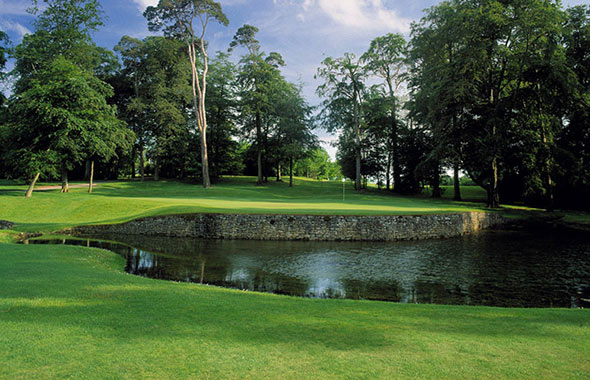 Backspin released the 2014 results of its fourth biennial Irish golf course poll, and for the fourth consecutive time, the Jack Nicklaus-designed Mount Juliet in County Kilkenny was named No. 1 in its top-30 parkland courses list. Mount Juliet was awarded a landslide top position with 32 top votes from Backspin’s panel of 75 voters, and three out of every four panelists listed Mount Juliet in their top three. Killeen Castle, the only other course designed by Jack Nicklaus in Ireland, was voted No. 8 on the list. Voters were asked to list—in order of preference—the 15 links and 15 parkland courses in the 32 Irish counties that impress and delight them most, with special emphasis placed on design, presentation, setting, challenge and the personal enjoyment factor.

"We are honored that Mount Juliet was named the top parkland golf course in Ireland for a fourth straight time,” Nicklaus said. “We appreciate the editors of Backspin, as well as those who made up the voting panel, for recognizing the late Tim Mahony’s contribution to golf and tourism in Ireland. Tim was a wonderful man who worked tirelessly to do things the right way. I am delighted that in Tim’s honor and as a tribute to him, Mount Juliet has received this recognition again.”

"It’s difficult to believe that close to 25 years have gone by since Tim first approached me to design a golf course for him in Kilkenny and in the beautiful setting that was and is Mount Juliet. It was a gently rolling piece of woodland property with magnificent trees, and, of course, the River Nore that runs through the property and provided us the opportunity to create water features throughout the course.

"I got a great deal of pleasure in watching the ‘old’ Mount Juliet transform into the modern and elegant version it has become. And it’s gratifying to know that others have enjoyed this transformation, be it in the tournaments played there or as guests of the resort. Mount Juliet was our first work in Ireland and we have since had the opportunity and pleasure to design Killeen Castle outside Dublin. We were proud that Killeen Castle had the honor of hosting the 2011 Solheim Cup, and was able to add to the legacy of tournament golf played in Ireland."

Backspin pioneered the concept of ranking Irish links and parkland style courses separately, because the golf played on these courses is entirely different. The golf magazine says this system creates far greater awareness and appreciation of the quality and variety of the Irish golf product. Parkland courses such as Mount Juliet and Killeen Castle are inland courses often resembling traditional British parks, with narrower, lawn-like fairways, and many trees. Conversely, links style courses are located in coastal areas, on sandy soil, often amid dunes, and have few water hazards and few if any trees.