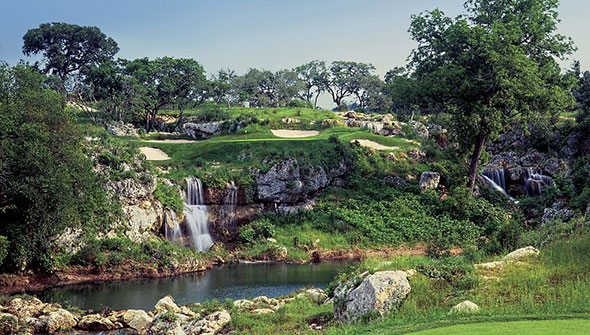 In between Preston Trail Golf Club and Vaquero is the golf course at Cordillera Ranch. Not literally, mind you, but in the rankings among the top 100 courses in the state of Texas by the Dallas Morning News. The Nos. 4 and 6 courses are in the Dallas area, while Cordillera Ranch, ranked No. 5, is near Boerne just outside of San Antonio on the edge of the Hill Country.

The reason I bring this up is because I got to play this course recently. The hook was that the fairways are Zeon zoysia, the same grass that will be used at the new Olympic course being built in Rio de Janeiro, Brazil, for 2016. (Bladerunner Farms in Poteet, Texas, is supplying the zoysia for the Olympic course and also supplied it for Cordillera Ranch.) I had played on this grass before, and it is impressive. It’s not like the Meyer zoysia you find commonly on courses in the middle of the country. This is a finer blade, but in zoysia fashion, is a stiff grass that perches the ball up like it was on artificial turf. If you like to pick the ball, you’ll really love the lies.

Cordillera Ranch also has something else in common with the rest of the courses in the top 10; It’s private, and exclusive. And yes, I don’t often turn down chances to play these kinds of courses when I get them.

Honestly, this is one of the better Jack Nicklaus-designed courses I’ve ever played, and it’s on a terrific piece of property. It’s part of an 8,700-acre gated community that was once home to two working ranches on the rolling land near the Guadalupe River.

This is one of those quintessential courses where no two holes are alike and you remember the entire golf course after the round. It’s generous off the tee and more challenging coming into the greens, especially with the bunkering. And it has one of the best par 3s in the state, the 16th, which crosses a rock outcropping and waterfalls to a shallow green that will definitely get your attention.

From the back set of tees, this par 72 that opened in 2006 can play nearly 7,500 yards, yet the forward tees are well thought out, allowing those with slower swing speeds to get into position so they can actually hit an iron to the green, too.

During our visit a wedding was taking place at the clubhouse, overlooking 30 miles of Texas Hill Country, the same views we got from several of the tees.

Cordillera Ranch is also a reminder of how good San Antonio’s golf scene is. While most of us can’t play Cordillera Ranch, you can play Tapatio Springs, which is on the other side of Boerne, or the Westin La Cantera, TPC San Antonio or Hyatt Hill Country Resort.

For those, though, who are interested in Cordillera Ranch, they are offering weekend previews. They’re not free, by the way, but it would make a great escape, even if you didn’t decide to purchase property or a membership. (Homes begin at $500,000.) It includes dinner, other activities and overnight accommodations at the new Eilan Hotel near Six Flags Fiesta and La Cantera. The Eilan, by the way, is a cool boutique hotel. It’s nestled into a unique residential community embedded with restaurants, shops and a spa. Check it out if you get the chance. 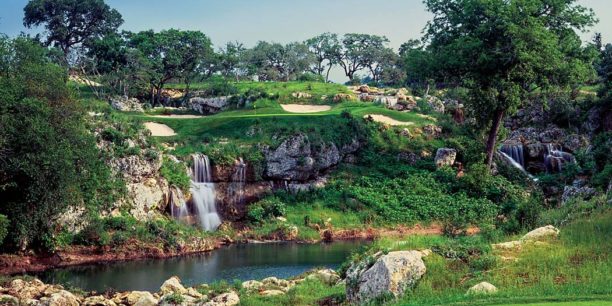