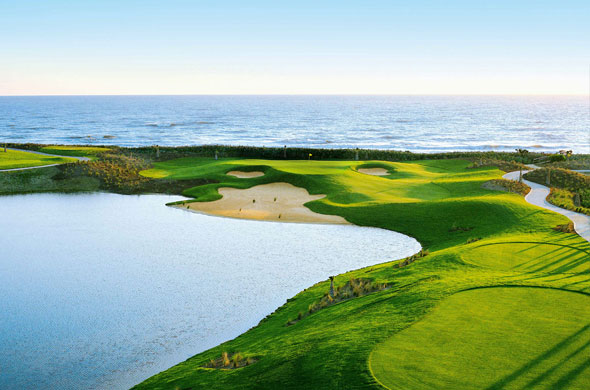 Golf Digest’s list of America’s Top 50 Courses for Women includes two Florida-based Jack Nicklaus Signature Golf Courses. The Grand Cypress Golf Club in Orlando was ranked No. 10 on the list, while the Ocean Course at Hammock Beach Resort in Palm Coast came in at No. 34. The magazine used a panel of 100-plus women to evaluate courses, paying special attention to tee options and design. Every course to be included in the Top 50 has at least one set of tees less than 5,300 yards, two sets with Slope and Course Ratings for women, and minimal or no forced carries from the forward tees.

The Grand Cypress Golf Club’s East and North courses feature a variety of mental and physical stimuli that, unlike some Orlando golf courses, put a premium on accuracy—a hallmark design philosophy of Nicklaus—rather than strength and distance. Although the East and North Nines have their own distinct qualities, they complement each other and the nearby South Nine to make three different 18-hole combinations. The golf schools at Grand Cypress Golf Club are led by former LPGA Tour pros Barb Mucha and Mary Bryan.

In addition to its ranking as No. 34 in America’s Top 50 Courses for Women by Golf Digest, the Ocean Course at Hammock Beach Resort was ranked No. 10 in Florida in Golfweek’s 2013 list of the Best Courses You Can Play. With six holes that put the players right on the very edge of the Atlantic Ocean, the Ocean Course has built a loyal following over the years. The course is lauded for its charm and beauty. The course not only winds along pristine wetlands and sparkling lakes, but also plays six holes directly on the Atlantic Ocean, concluding with a thrilling finale dubbed “The Bear Claw” — a collection of four daunting holes precariously edging the sweeping coastline. Golf Digest calls the Jack Nicklaus design “fun and easy on a calm day,” adding that players can run the ball up on just about every green.

In order to be Top-50 material, each course needed to have great programs for women, flexible playing options (nine-hole loops, or even shorter) and a progressive design philosophy that treats women golfers as more than an afterthought. The ideal layout challenges long hitters yet delivers a fun round for average players. Quality course conditions are important, too, and it’s a plus to have lots of amenities.

Placing players on the brink of the Atlantic Ocean, the award-winning Ocean Course is a shining example of oceanfront golf perfection. This top 100 golf course not only winds along…

More News from The Ocean Course at Hammock Beach Resort

Top 100 You Can Play Up Close: Hammock Beach Resort