No golf course designer in the world has more professional tournaments and significant championships played annually on their layouts than Jack Nicklaus. And this week stands as a microcosm of that dominance. An incredible 2013 lineup of events hosted at Nicklaus Design layouts—20 PGA Tour or LPGA Tour-sanctioned events in 2013 alone—includes three tournaments this week blanketing three countries.

The 104th edition of the RBC Canadian Open tees off Thursday at the Jack Nicklaus-designed Glen Abbey Golf Club in Oakville, Ontario. Glen Abbey, which opened in 1976, is the Golden Bear’s first solo design and this year marks the 26th time the Canadian Open has been played on this popular track— the most among any courses that have hosted the tournament. Across the world and over 5,000 miles away, the 5-year-old Jack Nicklaus-designed Tseleevo Golf and Polo Club in Russia will host its first-ever European Tour event with the M2M Russian Open. A third event, the USGA’s Girls’ Junior Championship, is already underway at the Golden Bear’s acclaimed design at Sycamore Hills Golf Club in Fort Wayne, Ind. All three events will conclude Sunday.

This week’s stellar 156-man field at the RBC Canadian Open includes seven of the top 20 players in the world, along with some of the top names in golf. Defending champion Scott Piercy will be challenged by a world-class field of PGA TOUR stars that includes World No. 6 Matt Kuchar, No. 7 Graeme McDowell, 2012 FedEx Cup champion and World No. 8 Brandt Snedeker, No. 9 Luke Donald, No. 13 Ernie Els, No. 14 Charl Schwartzel, No. 16 Bubba Watson, No. 23 Hunter Mahan, No. 24 Dustin Johnson, and two-time Canadian Open champion and World No. 32 Jim Furyk. 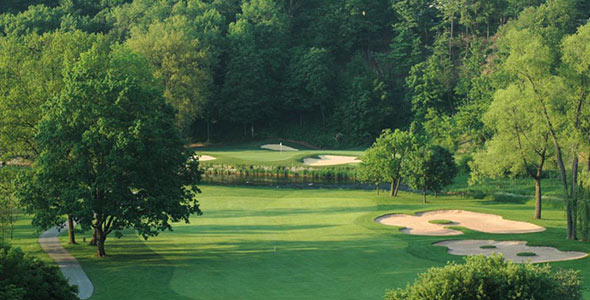 “Glen Abbey to me was probably one of the most creative golf courses I’ve ever done,” Nicklaus explained. “There are many different ways you can view tournaments at Glen Abbey. It’s designed in sort of a spoke wheel. You can view the tournament from the clubhouse, from a second row, or from an outer circle. You can follow the round, or watch it from the top of the hill, down into the valley. The mounds at Glen Abbey have great views onto the golf course.

“I think Glen Abbey is a great golf course and a great venue for the Canadian Open. I can only say I’m very proud to have been a part of it.”

To watch some of the best players in the world compete in the RBC Canadian Open, tune into the Golf Channel on Thursday and Friday from 4-6:00 p.m. Television coverage moves to CBS during the weekend, airing from 3-6:00 p.m. on Saturday and Sunday. 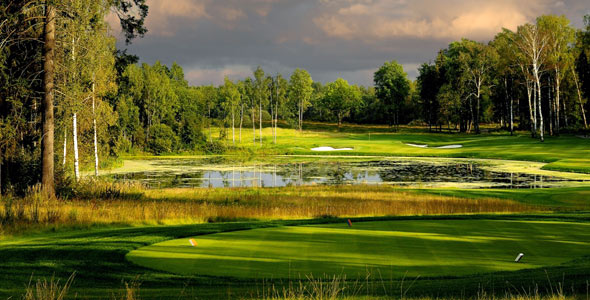 The much younger Tseleevo Golf and Polo Club in Moscow offers a sharp contrast from the long history of the RBC Canadian Open and Glen Abbey. This week’s M2M Russian Open will be played at Tseleevo for the first time, after the 5-year-old Nicklaus layout has successfully hosted European Challenge Tour events for three years. The M2M Russian Open is a relatively new event on the Tour. It was hosted from 2003-2008 at Le Meridien Golf Club in Moscow.

The M2M Russian Open field has culled together a mix of veteran golfers and those hoping to make a name for themselves. The field includes Michael Campbell, the 2005 US Open Champion, and a host of European Tour standouts, including India’s most successful golfer, Jeev Milkha Singh, former European Tour Rookie of the Year and Portugal Masters Champion Tom Lewis, and six-time European Tour winner Simon Dyson.

Tseleevo Golf and Polo Club is a spectacular Jack Nicklaus design that weaves through mature forestland, adding character to the shape of all the holes. Natural-looking water features complement this majestic course, which has elevated the game of golf in the emerging Russian market. It has received rave reviews from those players who have competed in Challenge Tour events over the last three years as being one of the finest courses on the schedule. It’s clear that Tseleevo’s legacy is just beginning. 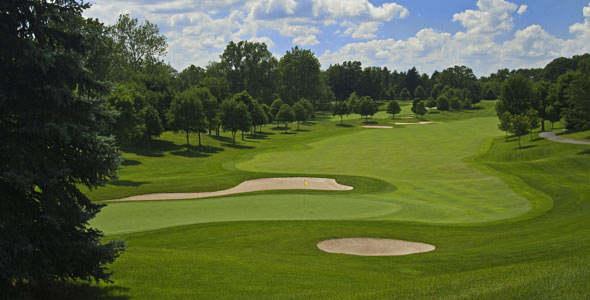 The USGA’s Girls’ Junior Championship has also assembled a strong international field, with competitors from 12 countries descending upon the Jack Nicklaus-designed Sycamore Hills Golf Club in Fort Wayne, Ind. Previous winners of the prestigious tournament include Nancy Lopez, Laurie Rinker, In-Bee Park and Alexis Thompson. This is the fifth straight year that the Nicklaus-designed gem at Sycamore Hills is playing host to a national championship.

Sycamore Hills sits on rolling topography featuring tall sycamores, burr oak and spruce. The narrow Aboite River gently flows throughout the layout. The design is marked by generous fairways, peninsula greens and an abundance of sandy waste areas. The design opened in 1989, and in addition to its elite tournament history, the course consistently ranks well. Golf Digest included Sycamore Hills among its “America’s Top 100 Courses” in 2011-12. The course also ranked among Indiana’s top-five venues in Golf Digest’s Best In State rankings for 2013-14.

Scoring for the M2M Russian Open and the USGA Junior Girls Championship will be posted to www.europeantour.com and www.usga.org, respectively.

PGA NATIONAL RESORT TO SHOWCASE RENOVATION OF THE CHAMPION COURSE