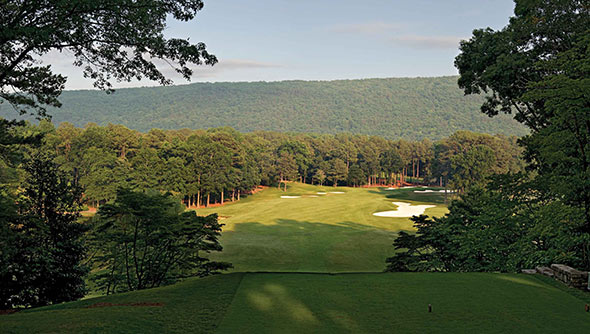 BIRMINGHAM, Ala. — Tom Lehman knows there are hotter players going into the Regions Tradition. He’s also not thrilled about his putting lately.

Those are reasons why Lehman might not win for the third straight year, but they’re not nearly enough to count him out of the $2.2 million major championship which starts Thursday on the par-72, 7,145-yard course at Shoal Creek.

Lehman is trying to join Hale Irwin as the only Champions Tour player to win the same major three years running. Irwin won what was then known as the PGA Seniors’ Championship from 1996-98.

“Of course, everybody brings it up all the time: ‘Hey, win three in a row,’” Lehman said on Wednesday. “I understand the way sports are and the way golf is. This is a new year. My game is in a good place, but I’m not at my very best. My short game’s been a bit weak. There’s guys who are playing better right now than me. I kind of feel like if I play well, I’m going to have a chance to win three in a row.

“But I certainly can’t do that on Wednesday. I can’t even do it Thursday.”

He has done it Thursday through Sunday the past two years, scoring in the 60s in seven of the eight rounds since the Regions Tradition moved to the Jack Nicklaus-designed course at Shoal Creek.

Lehman called the course “pretty much perfect” and doesn’t expect the nearly an inch of rainfall that interrupted Wednesday’s pro-am round to change that.

He said the course requires the patience of not thinking ahead to any upcoming string of holes. To him that’s the definition of a good golf course.

“Every hole is a good hole and you have to have your full attention on that hole,” Lehman said. “You aren’t able to look ahead to, ‘If I can kind of just get through these holes, I’ve got this really easy stretch coming up where I can make some birdies.’

“This course really doesn’t do that. Every hole is a good hole. They may not all be super-duper hard holes but they’re all good holes.”

Like Lehman, points leader and World Golf Hall of Famer Bernhard Langer said avoiding the Bermuda grass off the tee is important.

“The key is to hit good tee shots where you find your ball in the fairway because this Bermuda rough is very hard to control, and then you have small targets, difficult greens to hit to,” said Langer, who finished tied for second last year. “If you miss them in the wrong place, you’re going to make bogey or worse.

“But it’s really a testing golf course. You’ve got to use pretty much every club in your bag. You’re not going to get away here playing bad golf and hoping to win. It’s not going to happen.”

Steve Elkington is a Champions Tour rookie who hadn’t played Shoal Creek since the 1990 PGA Championship. The thick rough provided one lasting memory at the course flanked by Talladega National Forest.

“I do remember that in a practice round one of our guys dropped his Rolex on the 18th hole and it took six guys about 10 minutes to find it,” said Elkington, who won the 1995 PGA Championship and nine other Tour events. “That’s what the rough was like in ‘90. The course is uncovered from that. It’s a beautiful course.

“It’s probably one of my favorite Jack Nicklaus courses I’ve ever seen. It’s really an unreal location right at the base of that national forest there and I’m so impressed with this place.” 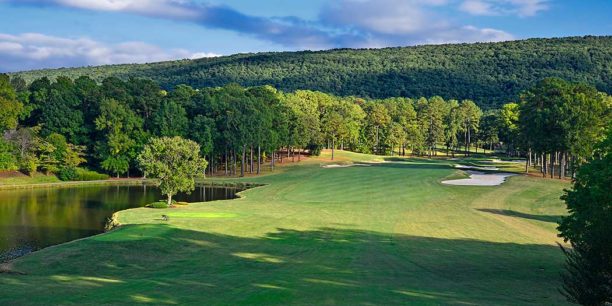