Westham is the only course in the greater Richmond area by Nicklaus Design. The new holes will perpetuate a theme and standard set by the current nine, which features wide-open, undulating Bermuda-grass fairways, strategic and scruffy-edged bunkers, and dramatic elevation changes. Nine holes opened to public play and critical acclaim in 2010, and the additional nine are scheduled to open in the spring of 2015.

Westham is the centerpiece of Magnolia Green, the master-planned community ranked No. 1 regionally by Integra Residential Report for new single family home closings. iStar Financial assumed ownership of the property in 2009, completing the first nine holes and continuing to commit substantial resources to bring the course and community to build-out.

“With its current nine holes open, Westham has received rave reviews from loyal daily-fee golfers, Magnolia Green residents and Golf Digest raters,” says Tom Page, vice president of iStar Financial. Hole No. 2 at Westham, a mid-length par 4, has quickly established itself as a popular hole. Beyond the receptive landing area off the tee, a nerve-jangling downhill second shot into a heavily protected green that slopes from back to front grabs the attention of all golfers. When all 18 holes are open, the second hole will be re-routed as No. 18, making for a spectacular finish.

Under the eco-friendly stewardship of Billy Casper Golf, the course is a Certified Audubon Cooperative Sanctuary. Abundant wildlife and fully restored streams lined with native shrubs and grasses creates a natural environment.

As part of Magnolia Green’s active, healthy-lifestyle theme, Arbor Walk opened last summer. It contains a junior Olympic pool with a children’s play area, a multipurpose sports court and walking trails throughout the community. Tennis courts, playing fields, parks, playgrounds and other amenities are planned, along with commercial and retail additions as the community continues to develop. Magnolia Green will also be home to a county elementary school, along with a new county park. In addition, approximately 25 percent of the development is allotted for open space, including a major portion of Blackman Creek that traverses Magnolia Green’s 1,896 acres.

Magnolia Green Golf Club serves as the centerpiece of Magnolia Green — a resort-style community planned for 3,000 homes — with ancillary commercial and retail uses. A recipient of Golf… 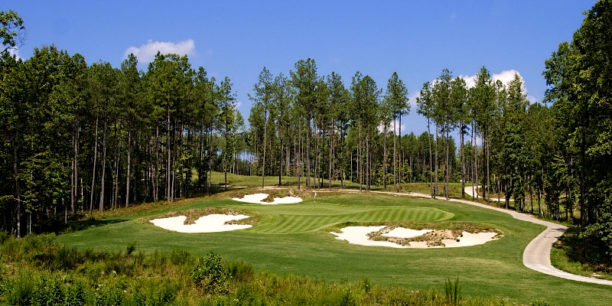