In the event’s first two years, neighboring countries Mexico and the United States have each claimed victory on the Peninsula de Cortez golf course. The U.S. and Mexico will have 40-man squads with 20 two-man teams facing off in a match-play format over three days of competition.

The world-class Nicklaus course at Mayan Palace Puerto Penasco is in “spectacular shape,” according to Luis Antonio Torres, Manager of Golf at Peninsula de Cortez. The Peninsula’s 7,100-yard, par-72 layout is one of the most challenging and breathtaking in Mexico, and is perennially rated among the country’s elite courses.

“We love being part of this tradition in such a beautiful setting, a Nicklaus-designed championship golf course on the Sea of Cortez,” said Jesus Torres, Director of Vidanta Golf. “It’s a unique competition with a format that allows challenges for every player on every shot. Of course, the most important ingredient of this event is the camaraderie that is built up over the week between the competitors.”

The goal of the Uniting Nations Cup is to highlight the alliance between the United States and Mexico beyond their commercial and cultural ties, while attempting to one day rival the international acclaim of events such as The Presidents Cup, the Ryder Cup or the Walker Cup. The UNC also aims to promote the expansion of the little-known Mexican port destination of Puerto Penasco.

Tournament Director Vito Berlingeri said he sees a bright future for the event, which is slated to be held in Puerto Penasco through 2016. “No one else is doing anything like it,” he said. “When it comes to golf, there are no borders and no language barriers between Mexico and the United States.” 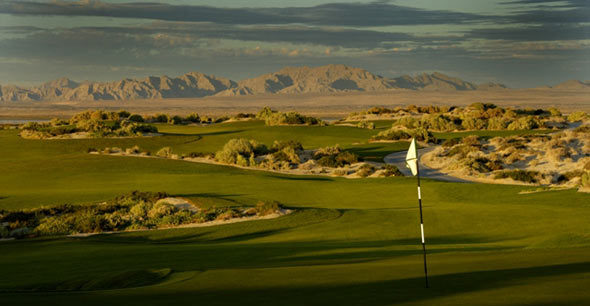