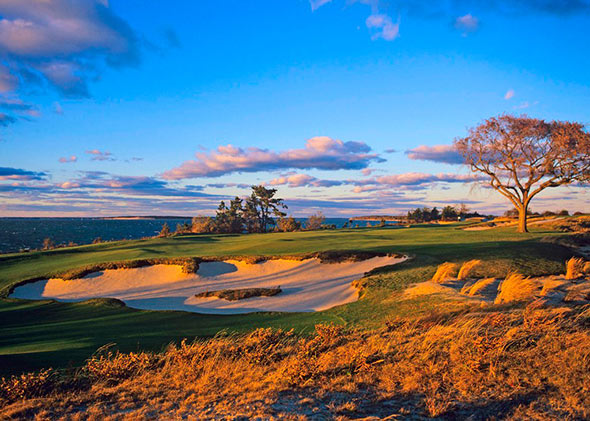 Highlighting Golfweek’s annual list of the Best Modern Courses (opened after 1960) in the United States are 21 Nicklaus Design layouts that made the expanded list of 200. Nine Nicklaus Design courses were ranked in the first 100. Sebonack Golf Club, a collaboration between Jack Nicklaus and Tom Doak located in Southampton, N.Y., ranks highest on the list, coming in at No. 7—a spot above its rank a year ago. Also moving up a spot from its 2012 ranking is No. 11 Muirfield Village Golf Club, a Jack Nicklaus jewel in Dublin, OH, and home of the Golden Bear’s annual Memorial Tournament as well as host to the 2013 Presidents Cup.

Rounding out Nicklaus Design’s roll call in the top-50 Best Modern Courses in the United States are Whispering Pines in Trinity, TX. (No. 26), Castle Pines Golf Club in Castle Rock, Colo. (No. 38), Harbour Town in Hilton Head, S.C. (No. 46), and Mayacama Golf Club in Santa Rose, Calif. (No. 47). Castle Pines was long-time host to The International, which was the PGA TOUR’s only tournament to use the Modified Stableford scoring system. Mayacama, in the heart of Sonoma’s wine country, is uniquely designed for walking, and absent of golf carts, yardage signs, or any monuments at all on the course. Harbour Town, which opened in 1969, has the distinction of being the first course involving the design work of Jack Nicklaus.

At No. 66, The Concession Golf Club in Bradenton, Fla. has improved by five spots on Golfweek’s annual list. Designed by Jack Nicklaus with Tony Jacklin, the course is named for a great sporting gesture in history when the Golden Bear conceded a putt to Jacklin on the final hole of the 1969 Ryder Cup, ensuring the first-ever tie in the matches.

Shoal Creek Country Club (Ala.), which represented Jack’s first solo design effort in the U.S. when it opened to much acclaim in 1976, leaped six spots from No. 98 to No. 92 on the list. The course has played host to the Regions Tradition, a major championship on the Champions Tour, since 2011. Shoal Creek has a strong championship tradition. The Top-100 Jack Nicklaus design has also previously hosted the 1984 and ’90 PGA Championships, the 1986 U.S. Amateur Championship, and the 2008 U.S. Junior Amateur Championship.

Valhalla Golf Club (No. 100), host to the 2014 PGA Championship in Louisville, Ky., rounds out the nine Nicklaus Design courses to be ranked within the top-100 on Golfweek’s list of the Best Modern Courses. The Jack Nicklaus Signature Course, which also hosted the 2011 U.S. Senior Open and 2008 Ryder Cup, recently underwent renovations overseen by the Golden Bear to modernize its greens, improve drainage and irrigation, and enhance its stature.