During a stop in Sydney to review his recent renovations to The Australian Golf Club, Jack helped club officials announce that the course will play host to the 2014 Australian Open. He also had a chance to christen the redesigned layout with a grand re-opening tee shot alongside son Jack Nicklaus II and others from Nicklaus Design. He’s no stranger to the course—the Golden Bear won Australia’s national championship six times, including three of those at The Australian.

Nicklaus’ sixth and final Australian Open title was not without a struggle. The Golden Bear battled a 1,358-pound black marlin in a six-hour, 25-minute struggle off the Great Barrier Reef right before the 1978 event. Catching the giant took its toll on the sportsman’s body, affecting his arms, back and knees. He remembers topping his first tee shot. Ultimately, Nicklaus beat Ben Crenshaw by six shots for his sixth Australian Open victory.

This December’s Australian Open will be played for the fourth consecutive year at The Lakes, also in Sydney. Peter Senior is the defending champion.

Please note: Course is currently under renovation. Royal Melbourne was formed in 1893 and The Australian in 1882. Other clubs were formed in these early years but are now defunct.… 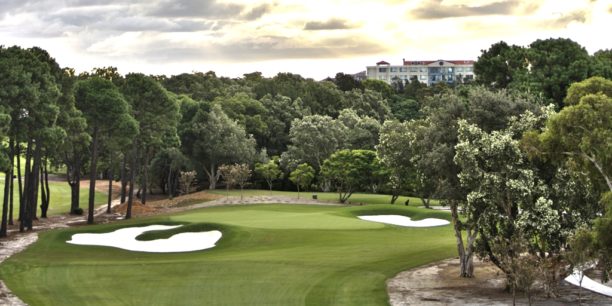 The Australian Golf Club and this week’s Australian Open embody the Golden Bear’s love of the country, the course and competition