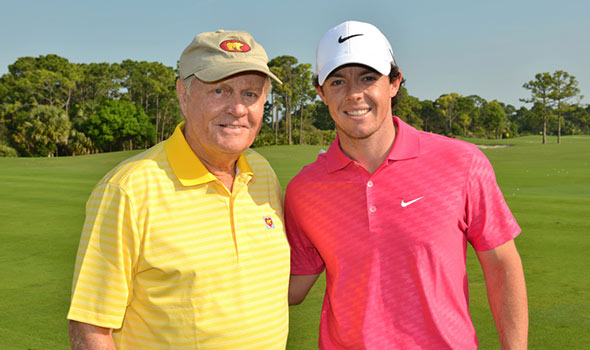 This week, the Florida swings gets underway on the PGA Tour with one of its most popular and fastest-growing events, The Honda Classic.  Taking on the Jack Nicklaus redesigned Champion Course at PGA National Resort & Spa in Palm Beach Gardens, Fla., is a world-class field—the best assembled this year on the PGA Tour—highlighted by defending champion Rory McIlroy, who last year held off a hard-charging Tiger Woods (and his final-round 62) to take the victory and ascend to No. 1 in the World Golf Rankings.  Tiger, the Jupiter Island resident, is back in the field this week, as well as a group of nine past champions and four of the top-10 players in the World Golf Rankings.

One of the key storylines underlining the importance of The Honda Classic is its history of giving back to the community, especially to children. Played just minutes from the North Palm Beach home of Barbara and Jack Nicklaus, The Honda Classic’s primary beneficiary is the Nicklaus Children’s Health Care Foundation.

The Nicklaus family founded the Nicklaus Children’s Health Care Foundation in 2004 for a simple reason: to help kids in the community where the family has lived and worked for decades. The Foundation has grown from a vision to reality, providing charitable services for children’s healthcare. The Foundation’s mission is to provide access to world-class healthcare for all children and support innovative programs focused on the diagnosis, treatment and prevention of childhood illnesses.

“When Jack and I were young parents, we quickly discovered the importance of accessible quality pediatric healthcare,” said Barbara Nicklaus, chairman of the board of the Nicklaus Children’s Health Care Foundation. “We always said that if we were ever in a position to help someone, our focus would be children. And if we could help the children and families in the communities where we live, that would become our priority.”

The Nicklaus family footprint is indeed felt with every aspect of the tournament. The Champion Course at PGA National Resort & Spa was redesigned by Jack Nicklaus in 1990, and the Golden Bear has made additional tweaks since The Honda Classic moved there in 2007. Although the “Champ” has generous landing areas and spacious and accepting TifEagle greens, golfers are presented with the challenge to think their way around each round.

The Champion features “The Bear Trap,” which spans three demanding closing holes—Nos. 15, 16, and 17—and a trio USA Today calls “one of the toughest stretches in golf.”

“The whole segment there is not length,” said the Golden Bear. “It’s not about length; it’s about precision. It’s about guts. It’s about what you have in your heart that allows you to finish those holes.”