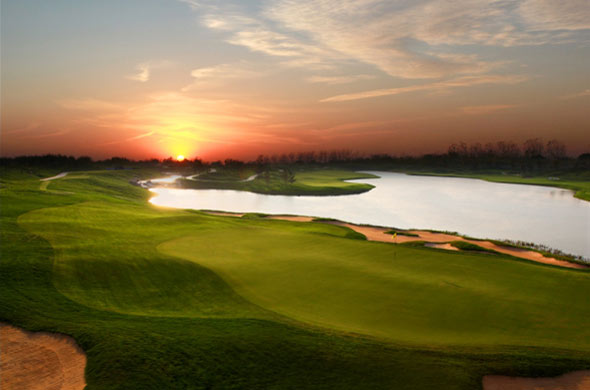 The Jack Nicklaus Legacy Golf Course at Lake Malaren is host to the inaugural BMW Masters, which gets underway Thursday in Shanghai, China. The collaborative effort of Jack Nicklaus and Jack Nicklaus II was the first Jack Nicklaus Legacy Golf Course to open in Asia, and a year after debuting to the golf world, will serve as the backdrop when 11 of Europe’s Ryder Cup heroes reunite less than a month after their dramatic victory over the United States at Medinah Country Club. Fittingly, even European Captain José María Olazábal will compete in the first-ever BMW Masters.

Englishman Ian Poulter, who claimed a stunning four points out of four in Chicago, returns to action for the first time since his hugely influential performance against the United States. He is joined by German Martin Kaymer, who holed the putt that ensured Europe would retain The Ryder Cup, and Italian Francesco Molinari, whose half-point in the final singles match against Tiger Woods served as the exclamation point in Europe’s 14½-13½ victory.

Also in the field is World No. 1 Rory McIlroy, who, along with third-ranked Luke Donald, has a BMW double in his sights this week. US PGA Champion McIlroy claimed the BMW Championship on the PGA Tour last month—his third win in four tournaments at the end of the summer—while the man he replaced at the top of the Official World Golf Ranking as a result of that form, Donald, successfully defended the European Tour’s flagship event, the BMW PGA Championship, in May.

McIlroy, who triumphed in last year’s Lake Malaren Shanghai Masters, will also be hoping to perform well in the US$7 million event to maintain his lead at the top of the race to Dubai. The Northern Irishman currently holds a €437,334 advantage over Ryder Cup teammate Justin Rose, the Englishman who was joint runner-up to Donald in the BMW PGA Championship at Wentworth Club. Rose is also in action in China.

“I can’t wait to return to Shanghai and it will definitely be special going back there as a reigning Major Champion once again,” said McIlroy. “The Chinese fans have always supported me over the years and I am delighted to return there as a multiple Major winner.

“I have had some great results in China in recent years, obviously including a win during my first visit to Lake Malaren last October. Of course my win in Hong Kong a few weeks later—especially the way in which I did it—was also special and is something I will never forget. The BMW Masters looks like it is going to be a top-class tournament, so to go to back to Lake Malaren and win for the second time would really put the icing on the cake of what has already been a great year for me.”

Englishman Lee Westwood’s participation means there will be three of the top four players in the world in action in Shanghai, while Nicolas Colsaerts, Peter Hanson, Paul Lawrie and Graeme McDowell complete the lineup of Ryder Cup stars now competing against each other for the inaugural BMW Masters title.

They are all joined by Olazábal, their inspirational leader at Medinah, who has received a sponsors’ invite to play in the tournament, which launches a European Tour double-header on the Chinese mainland with the WGC HSBC Champions to follow next week.

In addition to McIlroy and Donald, Danny Willett and Gonzalo Fernandez-Castaño can also seal a rare BMW double this week, having won the BMW International Open and BMW Italian Open, respectively, earlier this season.

Spain’s Miguel Ángel Jiménez is the only player to date to have won two BMW tournaments in one season. In 2004, Jiménez triumphed at both the BMW International Open and the BMW Asian Open, the forerunner to the BMW Masters.

The last man to win that latter title, the 2011 Open Champion Darren Clarke, is also in the field this week.

The tournament is sanctioned in partnership with the Chinese Golf Association, which has a contingent of 14 players in the field. 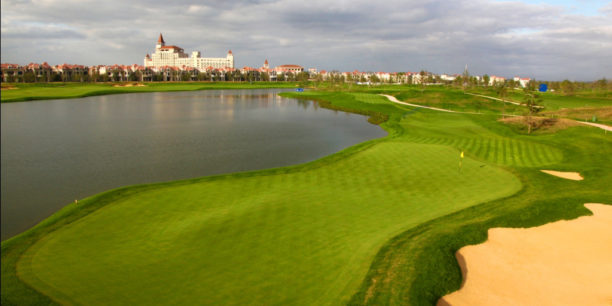 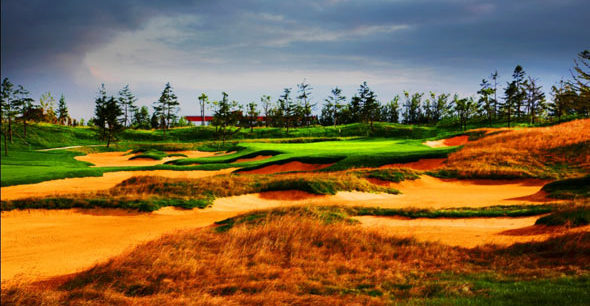