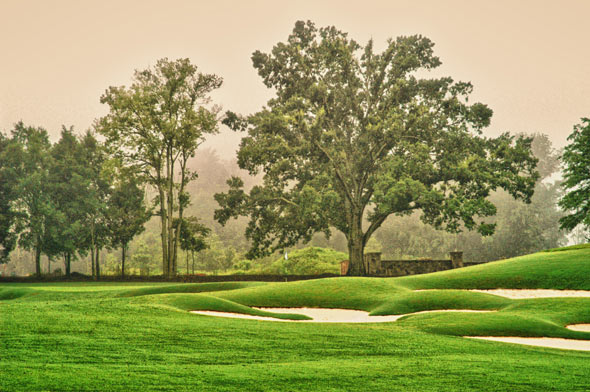 The Web.com Tour is winding to a close and adding a Golden touch. This week, the Tour moves to The Club at Longview, a Jack Nicklaus Signature Golf Course in the Metropolitan Charlotte town of Weddington, N.C.

As with all Signature Courses, the layout reflects the Golden Bear’s deep and abiding involvement in every design decision made at the course. Challenging, yet not daunting, and fun to play without being easy, Longview, which opened for play in 2003, embodies the finest expression of a true master’s art. With its rolling hills, tree-lined fairways, elevation changes, and abundant water features, it is a perfectly suited natural site for outstanding golf in the region.

The Club at Longview features the only gated residential golf course in the Charlotte region to earn a place in Golf Digest’s prestigious “Best in State” rankings, where it has been a fixture among North Carolina’s top-20 ever since its 2003 opening.

The Club at Longview will also be a part of next year’s Web.com Tour’s new four-event Finals series. The series will determine which players earn PGA TOUR cards for 2014.
Located just south of Charlotte, minutes from I-485 and just across the Union County line, this private, gated enclave is convenient to all that Charlotte has to offer, yet provides the perfect retreat in which to escape the ordinary.

“It is always an honor when one of our golf courses is selected to host a PGA TOUR-sanctioned event,” said Jack Nicklaus, whose Nicklaus Design firm has created as many as 95 courses which have hosted a professional tournament worldwide or a significant US national amateur championship. “The Club at Longview was our first design work in the Charlotte area and it turned out to be a beautiful setting for golf. The property was naturally rolling, with nice changes in elevation. There was a mix of existing open fields, accented by wooded draws or valleys that contained wetlands, streams and lakes. This all combined to add to the variety of the golf experience. Outside of the aesthetics, the golf course at Longview should be a good test of golf for these up-and-coming touring professionals. The golf fans in the Charlotte area should enjoy the level of competition at the Chiquita Classic.”

Founded, owned and operated by the PGA TOUR, the Web.com Tour (formerly known as the Nationwide Tour) identifies those players who are ready to compete and win on golf’s biggest stage. As the official proving ground of the PGA TOUR, two out of three PGA TOUR members are Web.com Tour alumni. Tour alumni have won more than 320 PGA TOUR titles, including 14 majors and four PLAYERS Championships. Twenty-five PGA TOUR cards will be at stake over the course of 27 events in 2012. Several former Web.com Tour players and current PGA TOUR members call Charlotte home, including Brendon de Jonge, Mathew Goggin, Jason Kokrak, Webb Simpson and Johnson Wagner.

Tournament management for the Chiquita Classic is provided by HNS Sports Group, a full-service event management company headquartered in the Columbus, Ohio, suburb of Dublin. HNS runs the PGA TOUR’s Memorial Tournament, the Nationwide Tour’s Nationwide Children’s Hospital Invitational and the Wendy’s 3-Tour Challenge, among other charity and professional tournaments.

The Chiquita Classic is one of 27 Web. com Tour events played in 17 states in the U.S., plus Chile, Colombia, Mexico and Panama in 2012.

For more information about the Chiquita Classic, visit chiquitaclassic.com.

Below is a list of who had committed to this week’s Chiquita Classic. There are just three full-field events left before the year-ending Web.com Tour Championship at TPC Craig Ranch, which is scheduled Oct. 25-28, with just the top 60 on the money list qualifying.

The Club at Longview

Longview and it’s surrounding environment will create a natural backdrop for the first Jack Nicklaus Signature Course in the Charlotte region, with a wooded, gently rolling landscape and wonderful features,…

More News from The Club at Longview 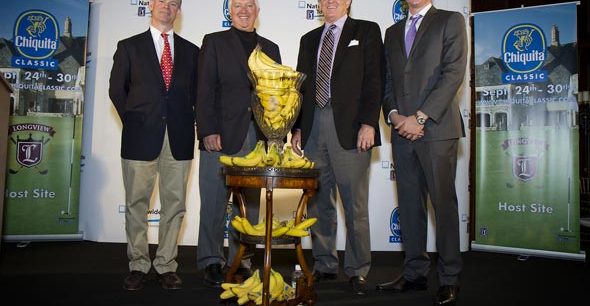 PGA TOUR and Chiquita Announce Nationwide Tour Event To Be Played at The Club at Longview in Greater Charlotte, N.C.