Jack Nicklaus’ first design work in Ireland remains the country’s premier parkland course, according to one magazine. Mount Juliet, which opened 20 years ago, has been named by Backspin golf magazine as Ireland’s top parkland course for a third consecutive time.

Editors said the Nicklaus-designed masterpiece in the heart of the Emerald Isle topped the parkland category by a convincing points margin in all three polls (2008, 2010 and 2012 conducted by the influential Irish publication.

The other Jack Nicklaus Signature Course in Ireland, Killeen Castle, which hosted The 2011 Solheim Cup, is also featured prominently in Backspin’s 2012 poll, which will be officially released to the public in mid-January in an eight-page Irish course rankings feature that can be viewed at http://www.backspingolfmagazine.com.

Backspin’s biennial poll, which ranks Ireland’s links and parkland courses separately, involves a voting panel of 55 experienced and opinionated personalities who share a strong appreciation of the Irish golf product.

“We are honored that Mount Juliet was named the top parkland golf course in Ireland for a third straight time,” Jack Nicklaus said. “We appreciate the editors of Backspin, as well as those who made up the voting panel, for recognizing the late Tim Mahony’s contribution to golf and tourism in Ireland. Tim was a wonderful man who worked tirelessly to do things the right way. I am delighted that in Tim’s honor and as a tribute to him Mount Juliet has received this recognition again.”

“I got a great deal of pleasure in watching the ‘old’ Mount Juliet transform into the modern and elegant version it has become,” Nicklaus added. “And it’s gratifying to know that others have enjoyed this transformation, be it in the tournaments played there or as guests of the resort. Mount Juliet was our first work in Ireland and we have since had the opportunity and pleasure to design Killeen Castle outside Dublin. We were proud that Killeen Castle had the honor of hosting the recent Solheim Cup, and was able to add to the legacy of tournament golf played in Ireland—a foundation that includes the global events and championships hosted by Mount Juliet.” 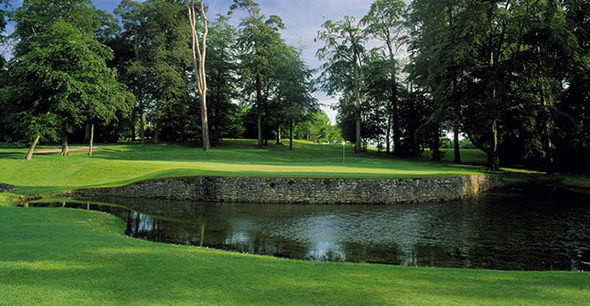