The Jack Nicklaus Signature Golf Course at Red Ledges features 18 holes, each with a stunning view of the Rocky Mountains. Jack Nicklaus, one of the globe’s preeminent designers and the man Golf Inc. Magazine named one of the “Most Powerful People in Golf” for six straight years, designed the 7,653-yard course to incorporate and accentuate the existing landscape.

“They often say that it can be harder to repeat success than to achieve it, so Red Ledges should be proud to once again receive this recognition—and while still being less than 2 years old,” said Jack Nicklaus. “That is a testament not only to the golf course, but the commitment of the ownership at Red Ledges and the hard work of the entire staff.”

“We are honored to receive this recognition from Utah’s premier recognition and awards program,” said Mitchel Burns, Red Ledges COO. “Jack Nicklaus was very particular in the experience he wanted to create for Red Ledges’ members, so it is very rewarding to be recognized for the work Jack and the Red Ledges team put into the course and design.”

The Best of State awards were created to recognize excellence in states and communities. Red Ledges was the recipient of the Best of State title based on the outstanding course design by Jack Nicklaus and his phenomenal work integrating a mountain golf course with natural red sandstone landscaping. Other judging criteria included the use of innovative approaches and methods as well as a significant contribution to a better quality of life in Utah.

Red Ledges launched its Jim McLean Golf School in 2010, which includes an onsite summer facility and a winter location in Park City. Red Ledges has expanded its lifestyle offerings with the recent launch of its Cliff Drysdale Tennis School. The Red Ledges facility is the first high-altitude tennis school offered by U.S. Open doubles champion and ESPN commentator Cliff Drysdale. 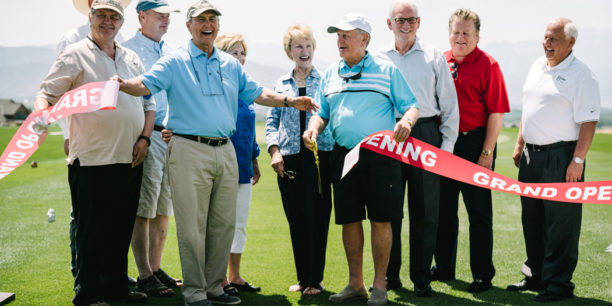 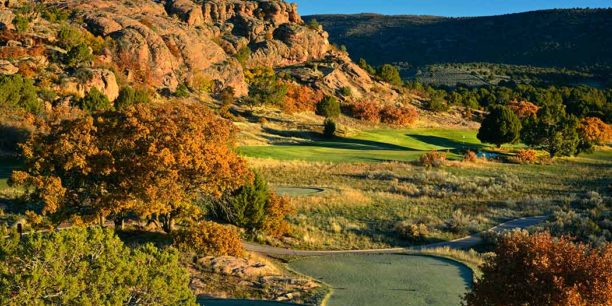