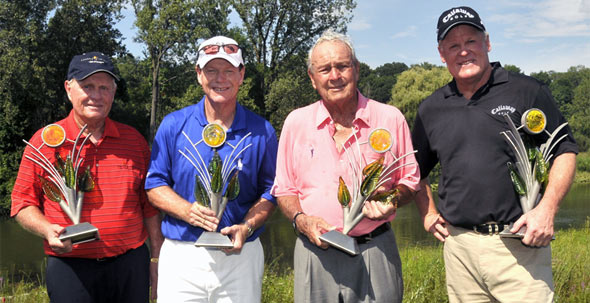 More than 5,000 spectators witnessed this historic day of golf that was kicked off with a community clinic for all attendees. Prior to the clinic, Whirlpool Corporation CEO Jeff Fettig, announced that the Benton Harbor-based company would donate $1 million in honor of the four players to the Boys and Girls Club of Benton Harbor and The First Tee of Benton Harbor.

“The golf course has been many decades in the making in terms of transforming the industrial base in the community into something very productive,” said Fettig. “I can’t think of a better group of people, the four legends of golf, we had here today to kick it off.”

With introductions and morning ceremonies complete, the four players took to the course for its ceremonial first round in a rotating two-man skins format with partners switching every six holes. Patrons were treated to the two-man team of Nicklaus/Palmer to start off the round, followed by Nicklaus/Watson from holes 7-12 and Nicklaus/Miller to close out the round.

Although it didn’t count on the scorecard, the highlight of the day came on the No. 10 green when Johnny Miller saw Arnold Palmer’s 100-foot eagle putt fall short of the three-tier ridged green and fall back towards his direction. Miller questioned the makeability of such a putt, which got Nicklaus’ attention. The course designer himself then demonstrated how the putt could be made by sinking the more than 100-foot uphill putt, which broke 15 feet from left to right, in front of more than 2,000 spectators who were surrounding the green.

While the focus of the day centered around the revitalization of the community and raising funds for two local charities and no actual money was exchanged, Tom Watson did earn the most honorary skins money ($381,250). His total was followed by Jack Nicklaus ($268,750), Arnold Palmer ($181,250) and Johnny Miller ($168,750).

Harbor Shores has already restored beauty to a pristine area of Lake Michigan’s waterfront through rehabilitation of local public park space, clean-up of brownfields and preservation of natural wetlands.

All 18 holes of The Golf Club at Harbor Shores are currently open for play. Video footage and photos from today’s event are currently available at https://www.harborshoresresort.com/golf. 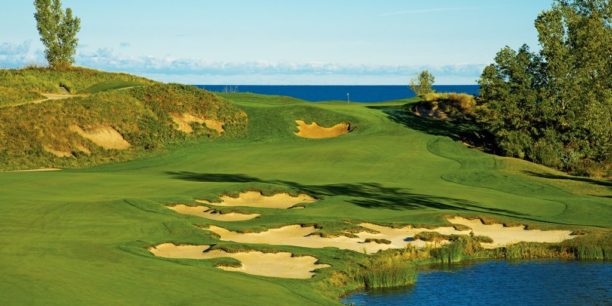 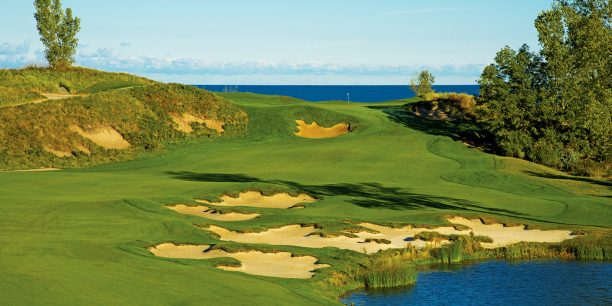