LOUISVILLE, Ky. — The PGA of America is looking to bring more drama back to Valhalla.

The 2014 PGA Championship and 2011 Senior PGA were recently awarded to the Jack Nicklaus-designed layout. The decision comes less than a year after the course hosted the 2008 Ryder Cup in which the U.S. ended a nine-year drought by beating Europe without Tiger Woods, who was rehabbing a knee injury.

PGA of America president Jim Remy said the Ryder Cup showcased why the venue has become so attractive to the PGA.

“They said you can’t create history, can’t create a major site,” he said. “I think we’ve probably proven that wrong. By continually working hard, making it a challenge but a fair challenge to the greatest players in the world, the reputation for the facility has really grown.”

Jack Nicklaus and his industry-leading Nicklaus Design group have a penchant for creating not only the world’s most beautiful and enjoyable courses, but also layouts that can challenge the world’s finest. By the end of this tournament season, close to 90 Nicklaus Design courses will have hosted more than 600 professional tournaments worldwide or significant U.S. national amateur championships.

In 2009 alone, 15 Nicklaus courses will host a PGA Tour-sanctioned event—nine on the PGA Tour, four on the Champions Tour, and two on the Nationwide Tour. Another two play host in 2009 to events on the LPGA; four host European Tour events; and two more are played on the Canadian Tour. A year after the Champions Tour added the Cap Cana Championship at Nicklaus-designed Punta Espada Golf Club, Dominican Republic, the Tour announced the first-ever Champions Tour event in Asia will be played in 2010 at the Jack Nicklaus Golf Club Korea in the Songdo International Business District (IBD), located 40 miles west of Seoul. The inaugural event will also be the most lucrative on the Champions Tour.

Four PGA Championships have been played on Jack’s tracks, with the two previous visits to Valhalla producing memorable finishes.

Mark Brooks birdied the 18th to force a playoff with Kentuckian Kenny Perry in 1996, before winning on the first extra hole to capture his only major title.

Four years later, the PGA returned and Woods and journeyman Bob May went to a three-hole playoff. Woods captured his fifth career major and the second of his four PGA titles. It was also the site of Jack’s final PGA Championship appearance, and the only time he and Woods have been paired in a major.

The PGA originally planned to bring the championship back to Valhalla in 2004, but awarded the tournament to Whistling Straits instead while giving Valhalla the Senior PGA that year. Hale Irwin won a weather-plagued tournament with a birdie on the 18th hole.

The course underwent significant changes following the Senior PGA in preparation for the Ryder Cup. Nicklaus lengthened the course to about 7,500 yards and gave several greens a makeover in an effort to fend off some technological advances.

The changes certainly seemed to benefit the Americans during the Cup, as bombers like Kentuckians Perry and J.B. Holmes led the U.S. to its first Cup win since 1999.

Remy does not foresee additional changes.

“We feel like we could host a major championship here tomorrow,” he said.

The return of the PGA will also give the area an economic boost. The Ryder Cup generated about $120 million, and the state is eager for another turn on the international stage.

“Over the past 12 years, the world has witnessed how Kentuckians have embraced the game of golf,” Gov. Steve Beshear said in a statement. “We are very pleased to have two major championships return to Valhalla Golf Club, which once again enables us to showcase our state worldwide.”

This week’s PGA Championship is being held at Hazeltine National Golf Club in Chaska, Minn. Padraig Harrington is the defending champion. 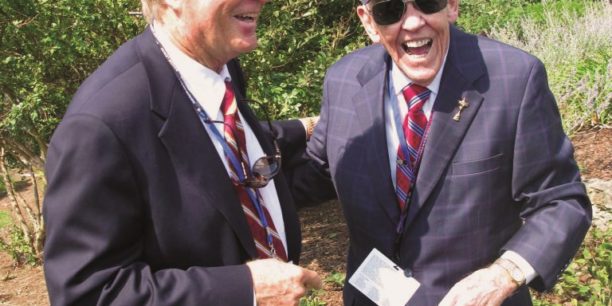