The Jack Nicklaus-designed Killeen Castle course in County Meath will host the 12th Solheim Cup in 2011.

Seven countries submitted bids to host the biennial match between the US and Europe but the hosts, the Ladies European Tour (LET), opted for Ireland.

The next Solheim Cup will be held at Halmstad in Sweden before returning to American soil in Illinois in 2009.

The US lead the rivalry 6-3 although the Europeans have a better record at home, winning three of four in Europe.

A new five-year deal was also announced between the golf circuit and Failte Ireland, the Irish tourist board, to stage a new annual LET tournament, the Irish Ladies Open, from 2008.

“We have chosen Ireland and Killeen Castle for a number of reasons. The first of which is the superb way the whole nation supported the Ryder Cup in September.

“The second is that we believe modern Ireland is a young vibrant society compatible with the image we wish to promote for ladies golf.

“It is true that Ireland does not have a great history in ladies golf, but we firmly believe the decision we have taken to come to Ireland will help to change that.

“We have been greatly impressed by the people at Failte Ireland and Killeen Castle. The course and facilities will be excellent.”

The Nicklaus design will also comprise a 179-room luxury hotel and spa, with ample parking and spectator facilities.

The course itself, which is within easy reach of Dublin, is not scheduled to open until autumn 2008, with the hotel opening in 2009.

The venue for the first Ladies Irish Open has not yet been decided, although Killeen Castle is booked to host it in 2010.

Golf legend Nicklaus said: “I am proud to be part of what is happening at Killeen Castle. It is phenomenal, what with the castle as a focal point.

“You have wonderful facilities to stage the Solheim Cup or the Ryder Cup in the future. It is a very strong course and will be nicely matured for 2011.

“I congratulate the Ladies European Tour and the Solheim Cup organisers for picking Killeen Castle.”

Killeen Castle, the ancestral home of the Earls of Fingal, sits in a wooded estate in 500 acres in Dunsany, Co. Meath. 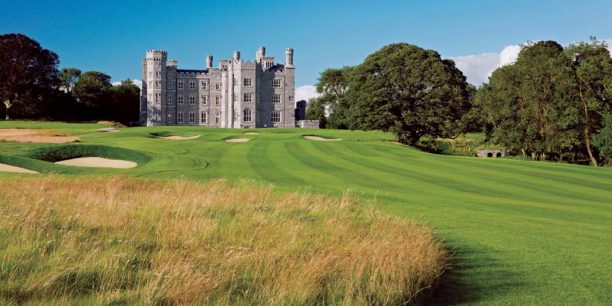