05/03/06, NORTH PALM BEACH, Fla.– Hundreds of residents, community leaders and dignitaries, including North Palm Beach’s own Jack Nicklaus, gathered Wednesday at North Palm Beach Country Club for a ground-breaking ceremony to celebrate the renovation and redesign of the 50-year-old course. Nicklaus is overseeing the renovation and redesign, which will result in a Jack Nicklaus Signature Golf Course that the municipal facility will be able to showcase by year’s end.

The work that began April 24 will include a new irrigation system, total re-grassing of all the playing surfaces, new greens construction, improved fairway surface drainage, and redesign work that will result in a Jack Nicklaus Signature Golf Course. Most of the construction should be completed by mid-August, with a re-opening of the course scheduled in November.

“We’re delighted and excited about what is happening to our facility,” said Village Mayor David Norris. “To have golf’s greatest player and the world’s leading golf course designer overseeing the renovation and redesign of our golf course is special in and by itself, but the fact Jack donated his design services to the project, demonstrates the kind of man and resident we have all respected for so many years. This is a great day in the history of and for the future of the Village of North Palm Beach.”

Although Nicklaus has designed close to 250 golf courses around the world, and his firm Nicklaus Design has almost 300 courses open for play in 28 countries and 37 states, having the opportunity to put his name on a course just minutes down the street from the same home he has lived in since 1970 was significant to the Golden Bear.

“I have lived in North Palm Beach for 41 years, and this gesture was a means for me to give back to the community that has meant a great deal to my family and me,” Nicklaus said. “It is my hope that we will create a very playable golf course that is aesthetically pleasing and stands as a showcase piece for North Palm Beach, and something of which all residents and golfers can be proud. This community has embraced our family for so long, and I am delighted to be involved.”

North Palm Beach Country Club will represent only the second municipal golf course designed by Nicklaus. The first was Breckenridge Golf Club in Colorado, which opened over 20 years ago to rave reviews and remains one of the state’s most successful public-access courses. Breckenridge features 27 holes of Jack Nicklaus Signature Golf–the last nine being built and opened in 2001 to accommodate the demand for play at the course.

Due to its elevation–the clubhouse sits at 9,324 feet above sea level–Breckenridge has a playing season of a little more than four months. Yet over 133 playable days in 2005, the course established revenue bests of $2,047,790 and 27,130 rounds played.

The Colorado Golfer (the state golf newspaper) has named Breckenridge as state’s Best Mountain Course for 10 straight years, and Golf Digest, in its “Places to Play” issue, rates Breckenridge as a 4-Star Award Winner and one of their top “Upscale Places To Play” in the nation. The Rocky Mountain Golf Writers Association, a 50-member organization of print and broadcast journalists who cover golf in the western states, voted Breckenridge the No. 1 Public Mountain Course in the State.

“Having been with the course since it opened in 1985, in my professional opinion, I can say that the Nicklaus name and design features have greatly contributed to the success of the Breckenridge Golf Club,” said Breckenridge Head Golf Professional Erroll Miller. 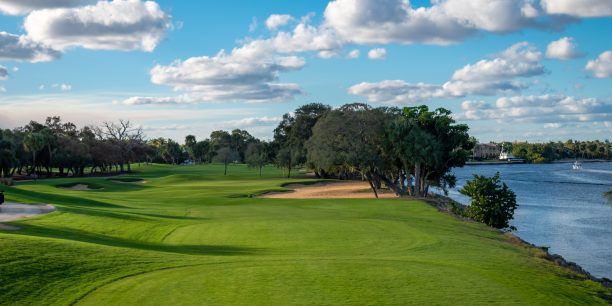