Sarasota, FL (March 20, 2004) – The Concession Golf Club is pleased to announce Jimmy Wright has been named as Director of Golf. Wright will be responsible for the golf operations at the Concession Golf Club, an 18-hole championship course at The Concession, a new $600 million, 1,232-acre, luxury, gated community near the Sarasota/Manatee County line. The Jack Nicklaus Signature Golf Course is set to debut in the Spring of 2005. Designed in association with Tony Jacklin, the course will serve as the community’s centerpiece amenity.

“We are very excited to have Jimmy Wright join our Concession team,” says Tony Jacklin, the 1969 British Open Champion and 1970 U.S. Open Champion. “Jimmy has a wealth of experience in many phases of the golf industry and he’ll be a great asset to the Concession Golf Club and its membership.”

Wright’s illustrious playing career started at Oklahoma State University in Stillwater, Oklahoma where he was a three-time All-America. Wright has played in 13 national PGA Championships, 11 U.S. Opens, the 1970 Masters, a British Open, a Senior British Open and a U.S. Senior Open. He finished fourth in the 1969 PGA Championship three strokes behind winner Raymond Floyd, which was the best finish ever by a club professional since the PGA switched to stroke play. Wright holds twelve course records, including a 62 posted in 1976 at the Westchester Classic (now called the Buick Classic) at Westchester Country Club, a mark that has stood for 27 years. In addition, Wright has competed in 18 national PGA Club Professional Championships, is a 7-time New York Metropolitan PGA “Player of the Year” and is the youngest golfer, at age 42, to be inducted into the New York Metropolitan PGA Golf Hall of Fame.

“I’ve been fortunate to play golf with some of the best players ever and now this is a great opportunity to work with two of the greatest names in golf and it will be the pinnacle of my forty-year career,” says Wright. “To be part of something so spectacular for golf in our community is a tremendous thrill.”

The Concession golf course will rest on pristine land that is dotted with huge two hundred year-old oak trees and pines, some as tall as 150 feet. A “core” design, the golf course will utilize 520 acres and will feature adjoining enclaves of estate-like homes. The Concession will be the only Jack Nicklaus Signature Golf Course in the Sarasota area.

The Concession is inspired by and named after the exemplary sportsmanship displayed by Jack Nicklaus at the 1969 Ryder Cup match at Royal Birkdale in Southport, England when he conceded a two-foot putt to Tony Jacklin that resulted in a tied match between the Great Britain/Ireland and American teams. It was the first tie in the history of the Ryder Cup and some sports writers have referred the moment “as the greatest single sporting gesture ever.” 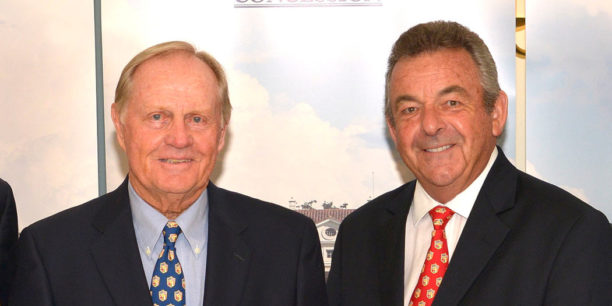